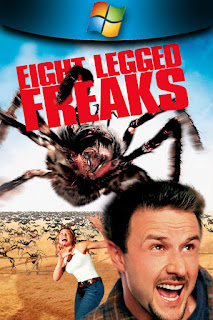 Do you hate spiders? Do you really hate spiders? Well they don't like you either.
Residents of a rural mining town discover that an unfortunate chemical spill has caused hundreds of little spiders to mutate overnight to the size of SUVs.

~ official movie blurb
I remember when Eight Legged Freaks hit the cinemas. I was working at one at the time, and the in-your-face trailer made quite the impression. The movie itself was a little less exteme than was to be believed, erring closer to the generic teen horrors of the time than the bombastic b-movie that was promised, but it was still an entertaining romp that deserves cult status.
When the DVD came out some time later, it included a bonus few knew about - including me. Sitting on the disc laid a small executable that would only be found if you inserted it into your PC DVD drive. Contained within this package was a small, simple first-person-shooter created solely for marketing purposes.
It's a very simple game, with your basic single-level maze of a familiar location that would give any architect nightmares. In this case, it's a shopping mall, with a small nest of giant spiders held within. The spiders can jump at you, spit at you or entrap you. Ultimately, there's no real skill as simply shoot them enough times until they die.
Your initial weapon is a crossbow, and there are a small amount of powerups to collect along the way, but the game as a whole is so short it feels like it's ended as soon as you have something better. At least you know Oceans 11, Scooby Doo and Harry Potter and the Sorcerer's (sic) Stone are about to come out going by the ubiquitous in-engine adverts everywhere. If only there was a cinema still open to show them.

To download the game, follow the link below. This exclusive installer runs natively on Windows. Tested on Windows 10. 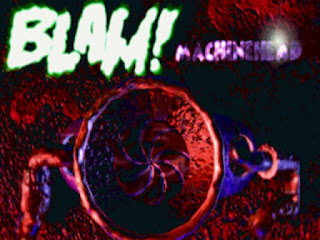 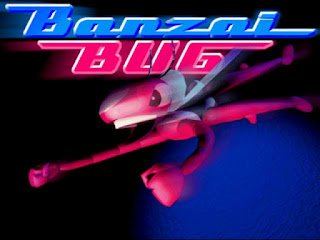 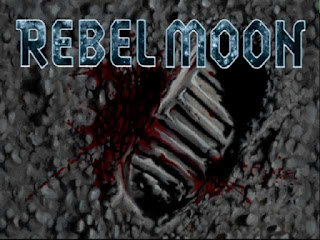