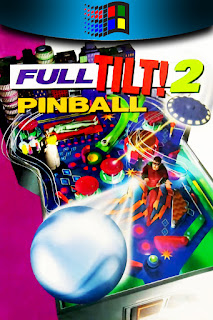 FULL TILT! 2 PINBALL delivers all the true arcade excitement of the original, from precision ball movement to good old fashioned table-nudging. Only now, the three new tables are full-screen, landing you smack in the middle of the action. Bumper-thumping missions challenge you to fight crime, make a monster and fly a spacecraft - for skyrocketing scores. You'll flip for the 3-D graphics and table-rattling sounds. And just when you've mastered the silver ball, it transforms into an eyeball with intense animation effects. FULL TILT! 2 PINBALL - even better, bumper-to-bumper.

ALIEN DAZE
It's alien abduction time and, good news, you're the alien. So land the silver ball in the Crop Circle and send your score into orbit! Then buzz the White House in your spacecraft. And for a big bonus, try bagging Big Foot.

MAD SCIENTIST
Descend into the secret lab and piece together parts for your monster. Wrap your flippers around the Mercury Ramp to find a brain and place the ball in the Flask Kickout to bring your creature to life. But avoid the angry mob advancing with pitchforks!

CAPTAIN HERO
Scan the skyline in search of arch villains like Evil Twin and Mr. Pling. Aim for the Capitol Ramp to defeat Mr. Quake, but watch out for the slime ball by the Subway Chute!

~ from the back of the box
If you ever wanted to play digital pinball in the mid-90s, you couldn't get much better than Maxis' Full Tilt! Pinball. One of its tables came free with the launch of Windows '95 before it came bundled with two others for its full release in October of that year. It was so popular that it spawned a sequel for the 1996 Halloween season and considering the themes they chose for each table, it made sense.

In true Halloween fashion, the first table is called Mad Scientist, where body parts can be collected to build your very own Frankenstein creature. For every piece collected, the operating table at the top of the screen will eventually reveal the undead monster. That's not your only way of scoring points. You can perform your very own experiments by collecting ingredients in you "flask" (aka the ball) and giving them to Igor between the two chutes on the right-hand side. He will then begin a randomly selected experiment such as fighting an angry mob, raiding a graveyard or - eventually - bringing the monster to life!

Alien Daze follows every cliché of the 50's B-movie except this time you're the alien. Upon putting the ball into the hole in the middle of the cornfield, a random mission will be selected. These range from abducting humans by filling up the back wall with balls to capturing big foot with a precisely aimed flip. While I managed to rack up my fair share of points, this table seemed to have some quirks that left me wanting. Ramps are quite difficult to successfully cross mainly due to their unconventional nature. While a couple lead into a chute as normal, one in particular has what is known as a sink at the top. The ball is supposed to sit in the hole before being flipped up down a chute at speed but I found the ball too often bounced back out. You'll need to hit the ramp within a narrow angle and at a specific speed to get it in. It's nevertheless a fun and varied table, but it's one where the otherwise decent ball physics felt a little off.


The in-game help system guides you through the features of each table.

The last table features what most kids dress up as for trick-or-treating; superheroes. Titled Captain Hero, the aim is to bring forth the villains in battle to defeat. This is by far the most varied table to play, and the easiest to understand. Aim your ball in the target labelled "Battle Villain" to do just that. The bad guy you'll face is not random like the missions and experiments in the other tables, but you can cycle through them by flipping the left bumper and selecting with the right. Fights consist of hitting bumpers, downing newly appeared targets or deactivating magnets that also affect your ball.

Despite the odd niggle will ball physics, each table in Full Tilt! 2 Pinball is immensely enjoyable to play. The missions are never too complicated to figure out providing an adequate reason to move away from the hit-and-hope tactic I usually use. The 1024x768 resolution - the highest the game can run in - again showcases the great pre-rendered art on display and moving away from the dimensions of a real-world pinball table opens up the possibilities of what can be shown on-screen. If you like pinball, or fancy an addictive way to shirk work, then you can't go wrong with Full Tilt! 2 Pinball.

To download the game, follow the link below. This custom installer exclusive to The Collection Chamber uses DOSBox running Microsoft Windows 3.1 to get the game working on modern systems. Read the ChamberNotes.txt for more detailed information. Tested on Windows 10. 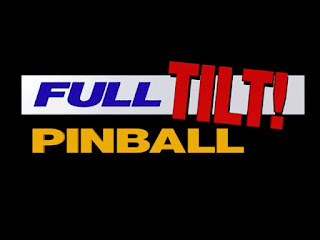 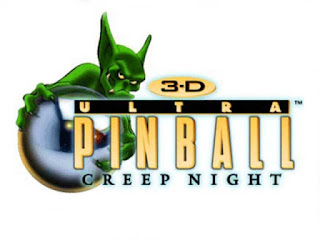 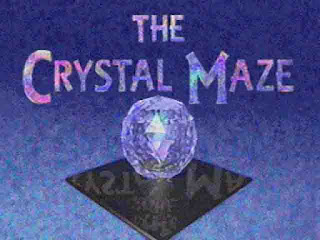