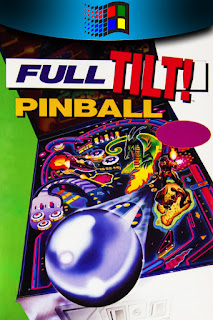 Forget the quarters! Full Tilt Ahead!

This is as real as it gets - a truly realistic experience on a computer. Full Tilt! Pinball is just like playing in an arcade, but with no missing balls, no broken flippers, no burnt-out lights, and NO DOGGONE QUARTERS - nothing but fast action, pulsating music, exciting sound effects and craftily-designed, great-looking, fast-playing pinball tables. Period.
SKULLDUGGERY
Skullduggery pits you against a band of bloodthirsty pirates. With four flippers at your command, you set out to sink the pirate ship and recover the treasure - but watch out for that volcano!

SPACE CADET
Space Cadet was included in the Microsoft Plus! companion for Windows 95 - but now it's even better with improved art and animation, multi-ball play and multiple resolutions to take the utmost advantage of your computer's graphics capability.

DRAGON'S KEEP
In Dragon's Keep you face a fierce mythical beast - and your only weapons are your three flippers. Ride the elevated wire ramps, dare the collapsing drawbridge and make the dragon eat the ball for a special bonus.
~from the back of the box

If you ever had a computer with Windows '95, I can guess with great certainty that you've played Full Tilt! Pinball by Maxis. One of the tables, a fully featured demo called 3D Pinball: Space Cadet, came on one of the bonus discs and I spent hours on it. It would be many years until I realised that it was part of a full game (called Pinball '95 over here), and many more years after that until I finally played all it had to offer. It sure holds up as one of the most entertaining pinball games of the era - and perhaps all time.

Space Cadet has no extra flippers, no habitrails and zero magnetic gimmicks. What is does have is a simple, well thought out playfield with carefully positioned mushroom bumpers that rack up your score in a satisfying way. It's not unusual for your ball to be careening between these circular cylinders racking up hundreds of points in one go. The ball reacts to each bump in a believable, if not entirely realistic way and it's a testament to the developer's skill that they never once feel wrong. It's not quite what we'd expect with modern pinball games, but compared to Sierra's 3D Ultra series, it's a huge step up in this regard.

Dragon's Keep is a lot more fanciful in its design, featuring all three of those extra features I said were missing in Space Cadet as well as a bloody great dragon head. When its mouth opens, defeat it by getting your ball to dive down its throat for a butt-load of points. It takes skill to manipulate the three flippers, which default to the Z and / keys. These can be re-mapped but for some reason, the left and right Shift keys are recognised as the same, so that's a pain. Even so, I actually preferred to use the two mouse buttons which are always accessable any way. You still have to reach over to the keyboard to hit SPACE to launch the ball or the three different methods to nudge the table.

The last table is actually my favourite. Skullduggery has a pirate theme with branching habitrails and a little jungle section filled with mushroom bumpers at the top. While it remains a static single screen, this table really shows the great art style and pre-rendered graphical design. At its highest possible resolution - 1024x768 - it looks stunning, making you wish for a physical pinball machine based on it. To accompany the looks is a series of very nostalgic sound effects. Beeps, bloops and the occasional voice sample and audio cue invest you into the game, as does the unassuming, table-specific background music.

The mid-90s were flush with pinball games, and while Sierra's 3D Ultra Pinball is the most inventive, Empire Interactive's Pro Pinball the best looking and Digital Illusions' Pinball Fantasies the most revered, Maxis' Full Tilt! Pinball is - to me at least - the best all-round package of its time. Time to hunt down the sequel...

To download the game, follow the link below. This custom installer exclusive to The Collection Chamber uses DOSBox running Microsoft Windows 3.1 to get the game working on modern systems. Run "WinExit" or press Ctrl-F9 to exit DOSBox. 3D Pinball: Space Cadet included. See ChamberNotes.txt for more information. Tested on Windows 10. 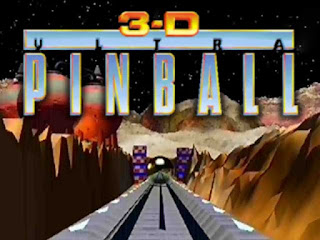 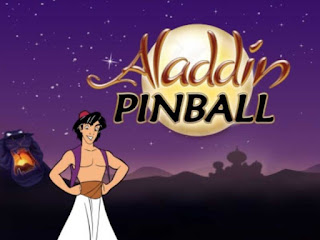 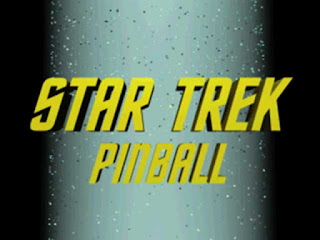