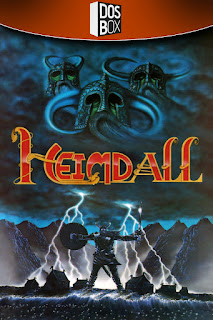 Norse legend tells of a time when the Gods of Valhalla and Asgard created a race known as the Vikings. At first the Gods loved their children and contact between the two was frequent. As time passed the Gods lost interest in their creations and visits across the Rainbow Bridge ceased.

Frey, one of the oldest and wisest Gods, foresaw that they would one day have need of the Vikings so he visited the leader and told him that in centuries time a great warrior would be born amongst them to lead his people in a mission of great importance, representing the Vikings at the Battle of Ragnarok.

The warrior that legend speaks of will be know as...

~ from the back of the bos

Generally speaking, you had to wary of a good-looking game in heyday of the Amiga. Good graphics does not always equal good gameplay, and in many respects the final product is a soulless mess. That's what I thought when I first booted up the Atari ST port of Heimdall in the early-90s; its well-animated cartoon-calibre visuals hid a mess of a game. I have since revisited the Core Design publics role-playing game and my new opinions are, for the most part, vastly different.

For this review, I've mostly been playing the original Amiga release from 1992. The PC port from the same year does have its differences but it's not as appealing in the looks and sound department. In 1994, SEGA's ill-fated add-on, the Mega CD (or SEGA CD to the yanks) got a port with full voice acting and a CD soundtrack. While not a bad addition to any collector's library, it does play the worst with its graphics now looking very dated with two years of hindsight. Overall, the Amiga looks and feels the best, from the very first screen of gameplay.


These optional mini-games determine Heimdall's Strength, Dexterity and Luck starting stats.
Bypass them and get the average.

Before we get to that, though, we have to choose whether we want to skip the attributes sections. These are a trio of capriciously presented mini-games detailing the titular hero's early Viking life. You first throw axes to cut the braids off a tormented young barmaid named Helga, then catch a greased pig in a muddy pigpen before taking on armed guards on the deck of a longboat while in the pursuit of a sack of gold. Each has no intro explaining what's happening, no recap on the vastly different controls not found anywhere else and no replay feature should you fail. Even the manual offers little context beyond what I've just told you. Regardless, each one is incredible to look at, though, and they do serve a purpose. How well you do in each mini-games determines Heimdall's starting stats as well as the calibre of party members willing to join him on his quest. You get to choose 5 of them out of a possible 30, each with their own stats, portrait art and in-game sprite (though the latter is just colour variations on a small subset of base models).

It doesn't always matter who you choose, though a good mix of magic users such as druids or wizards with battle hardy fighters like warriors of berserkers is advised. Two will accompany you as you explore islands and their dungeons in a good-looking isometric RPG. There are three maps to sail through, each one containing a daunting number of islands of various sizes. Some will only be a screen or three, while others are like mazes, taking up a good chunk of your time until you see the other side.


Cast the "Revelation" spell at this spot to reveal the wooden bridge.
There are no hints about this so trial and error is the only way to figure it out.

The aim in each of them is to search for key items that will ultimately lead you to three artefacts of the Norse gods; Thor's Hammer, Frey's Spear and Odin's Sword. Naturally, a bunch of orcs, ogres and 'umans stand in your way, ready to fight if approached. You can see them hanging out in the dungeons before hand, which is nice, but you won't be able to sneak past them. They will engage no matter where in the corridor you approach. Some can be bought off with a silver coin or gold, while others need to be fought no matter what. If you are not cowardly enough to run from the fight, you'll be taken to the battle screen and its not-quite turn-based, not-quite real-time battle system. And it is where my biggest issue with the game resides.

The battle system is more than a little awkward, and the developers knew it. Each subsequent iteration and port makes some attempt to fix it, albeit in vain. They layout remains roughly the same. Your party is presented on the top right, though only one can be controlled in battle. Select them by clicking on their names underneath their health bar. Below this and the enemy screen, their available actions are listed as well as any items, weapons or spells with which to use them on. You can't hesitate too long as the enemy will surely attack almost immediately reducing your health quite considerably at least at the start of the game. Your response is nothing short of clunky. Every time you want to attack, you have to select your method (such as fists, swords, and the like), then click the attack button. If you slip and select Spell instead, nothing will happen. If you choose a healing spell but accidentally click Attack, you're out of luck and will most likely die from an unprotected hit. Even having quick reflexes and a dextrous mouse hand, you'll probably take a blow or two before you can select the Defend option. The DOS port removes the need to select the weapon each and every time you want to attack, while the SEGA CD port changes the entire layout allowing you to simply click on the actual weapon to attack. While both of these are welcome improvements, none of them manage to feel intuitive.

Before long, I found the similarly designed dungeons and towns filled with cumbersome brawls to be tedious and repetitive. Even the odd puzzle or fetch quest couldn't cure this feeling. Puzzles are just on the wrong side of obtuse, being completely un-signposted. Most require not just complete knowledge of any and all spells, but also the consumable scrolls they're written on too. You'll find the "Disarm Traps" spell (not to be confused with the "Detect Traps" spell) is quite useful, removing deadly pits in your vicinity, but in some instances it is necessary to navigate past a blocked path. They are somewhat limited, too. Not only in the amount you can find lying around on floors and in chests, but also in your carrying space too. You never know what you'll need before entering a dungeon and the carry limit will fill up quickly.


Buy and sell items, weapons and spells from the various shops found on your travels (left).
Those assigning fetch quests are the only friendly NPCs you'll see in the game (right).

Later on, in some of the village islands, you can buy and sell your stock but I chose to save my money to revive a dead party member. Generally speaking, once a character is dead, they are little more than their satchel space. The only way to get them back is to hope the next island has a shop with the revive service costing a whopping 450 gold. When the traps are as frequent as they are, and the fight system as erratic as it is, this becomes an expensive commodity.

There is the skeleton of a good game in Heimdall. The presentation is mostly great with a gameplay loop that could be very addictive with a couple of tweaks and a complete overhaul of the battle mechanics. When I was younger, I was put off by the poor mini-games early on and the insta-death I encountered on my first battle. Now that I know how it all works, I find there is more to enjoy about it than to hate. The islands are nice to explore in short bursts and the Norse setting does just enough to hide some of the cracks in the gameplay. It is no classic, but should you spend more time with it that I initially did as a kid (but less time to let the tedium set in) you might find a lot to like.

To download the game, follow the link below. This custom installer exclusive to The Collection Chamber uses FS-UAE with WHDload to emulate the Amiga version and the DOSBox-X build of DOSBox to bring the PC game to modern systems. Retroarch with the Genesis Plus GX core is used to emulate the SEGA CD port. X-input controllers supported for most games. Manuals and Map documentation included. Read the ChamberNotes.txt for more detailed information. Tested on Windows 10.
02.10.2022 - Version 2 - Fixed installer


Heimdall is © Core Design
Review, Cover Design and Installer created by me 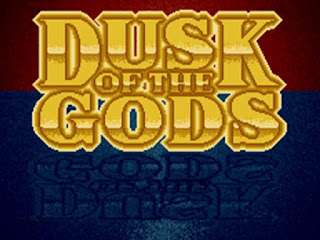 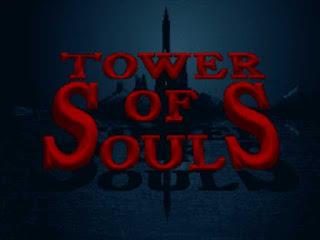 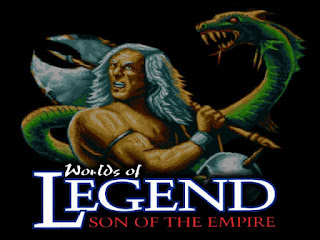