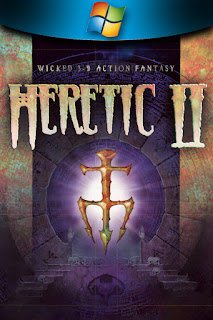 You're about to experience a Heretic revelation like no other. Powerfully intense action. Divine 3-D worlds. Almighty weapons and spells. And awe-inspiring third-person gameplay: a true out-of-body experience.

HERETIC MEETS THIRD PERSON
Surrender to the heresy with insanely fast-paced action from a frighteningly immersive perspective. Cooperative/deathmatch multiplayer will make you a believer.

THE BEAUTY OF THE UNIVERSE
Famed developer of the Heretic universe does what it does best: beautifully rich gameplay. Battle through detailed 3-D continents that are in one word: legendary.

PREPARE FOR THE SECOND COMING

Before Activision stole their soul and forced them to make nothing but Call of Duty, Raven Software was hailed as one of the greatest makers of Doom clones. They would use modified versions of id Software’s engines to create games like CyClones, Shadowcaster and Mageslayer. In 1994 they added some neat tricks to the Doom engine to create Heretic where we could now look up and down in a first-person game! Shadow of the Serpent Riders, Hexen: Beyond Heretic and Hexen 2 followed in the subsequent years (all of which can be bought here) but it would be 1998 when that first game got a roman-numeralled “2” after its name. This time, they modified the Quake 2 engine to create a third-person action adventure that has largely been forgotten, even by those still monetising the earlier games in the series.

I blame Half-Life. Heretic II came out on Halloween 1998 – the same month as Blood 2: The Chosen and Sin – but only a few weeks later Half-Life was all anyone could think about. Sure, it might’ve deserved all of that praise but all other games around it suffered. The rights for the game are in dispute between Activision who not only published the game but now own Raven outright and id Software. Raven were so closely linked to the company, they would later make Quake 4 for them.

It’s a shame my GOG library cannot satiate my OCD for a complete collection, but at least I found a decent patch to get it running on modern systems. You can play in any resolution including widescreen 4K, though in my testing only standard ones appear to run in fullscreen. While the graphics look neat and sharp, the HUD doesn’t scale which drives me and my poor eyesight crazy. I played in 800x600 which was more than fine for me, but there is the option to go large for those who like it that way.

Being a third-person action game, Heretic II plays a lot differently from its predecessors. Both in its looks and gameplay, it bears more of a resemblance to Tomb Raider than Doom and that’s a good thing in my eyes. Our hero Corvus was declared a heretic in the events of the first game after defying the malevolent machinations of a Seraph named D’soaril. Now a blight has spread through the land infecting its citizens and forcing them to a live a life of violence and evil. Corvus is one of the infected, but the magic of a tome of power he carries prevents it from taking over his mind.

This is all a compelling excuse for Corvus to explore a variety of locales while fighting creatures, solving puzzles and navigating platforms. On your journey, you have a number of weapons and spells to assist you. Most have an equivalent to the original including fireballs, thunder blasts and storm bows that rain fire and lightning wherever the arrow lands. You even have the Durhnwood Staff. This was a pathetic shunt in the first game, but here it became my most used weapon. It is the only melee offense in the game and you can get some nice moves out of it depend in your walking stance before the attack. You can even power it up with temporary magic and fire spells to explode enemies in a burst of body parts too. While slightly clunky compared to today’s games, it is not bad by any means. In fact, it was far more satisfying that anything else in Corvus’ arsenal.


New weapons and spells are found at various points in your journey (left).
Puzzles are solved by usually pushing buttons (right).

It’s a good thing too as enemies have more personality top them than what you’d normally find in a game from this era. They may be infected zombies, but they have an eye on self preservation if you main them enough. One swing of the staff may chop off their right arm causing them to flee in the opposite direction making for some humorous encounters. Others, such as the flying harpies, are just annoying; you can’t whack ‘em with the staff and they move too erratically to hit them with one of the early spells enough times to fell them. They appear whenever there’s a skybox overhead but I found once I had the Firewall, I could time my attack and get they in one. It became quite satisfying to see their burning corpses fall from the sky.

Attack magic uses up green mana, which you can see the amount you’re carrying on the bottom right of the HUD. Opposite to this is blue mana, which power your defensive spells. Like any other shooter, the number keys select the attack spell, while [ and ] cycle through the defensive ones cast by clicking the left or right mouse button respectively. I found little use for defensive weapons outside of boss battles and the more difficult encounters. These can be push enemies away from you using the Ring of Repulsion or protect you from harm with the Lightning Shield. My favourite is the Meteor Swarm which immediately throws rocks at the first opponent in range doing great damage, but also alerting you of where an attack is coming from.


Shrines give you temporary bonuses from health boosts to extra damage.

There are also other assists called Shrines found throughout the game. When standing in front of them, they will give you one of a number of power-ups including additional health, mana or imbibe your staff with the fire magic I described earlier. Most of them are hidden away behind secret passageways or ledges, but the obvious ones are always placed in the most fortuitous of places. You will often find a Lungs of the Ssithra Shrine which increases your lung capacity just before diving into a long swim. Healing Spirit Shrines are always nearby a boss encounter and the illuminating Light of the Seraph Shrine are most often found at the entrance of a dark cave.

As obvious as these placements are, they are not a crutch for bad level design. In fact, the sprawling stages are large and interconnected, sometimes requiring a little backtracking to reach newly-opened areas. Some locations are a visual feast for the eyes too, with the imposing statues of a ruined city being a particular highlight. While certainly blocky, I would say it has aged pretty darn well with a variety of colour not usually seen on Quake 2’s mostly brown engine. All in all, it’s a travesty that legal shenanigans have prevented the game from being sold. In my opinion it’s the best in the series. 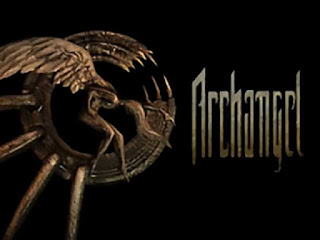 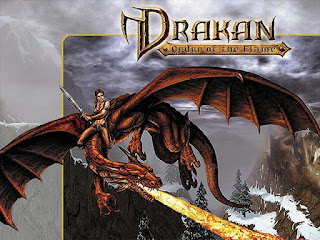 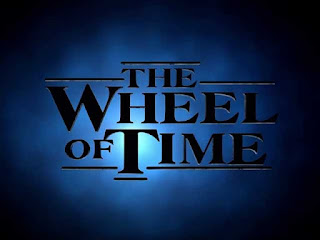