HEXX: HERESY OF THE WIZARD 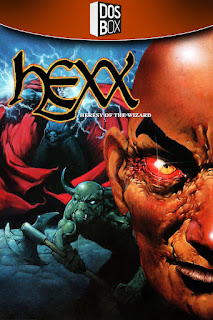 The Realm is under siege. Its four Gods of Magic have been usurped. And an evil Wizard -- known only as the Nameless One -- has embarked upon a reign of Chaos...

Only you can wage war on the wizard in an epic clash of combat and conjuring. Guide four adventurers through a texture-mapped labyrinth in this action-packed first person perspective role playing game. Develop a formidable armoury of spells and weapons as you fight your way towards an apocalyptic confrontation with the Nameless One. The fate of the Realm hangs in the balance...

Hexx, Heresy of the Wizard features:

Created by the same team behind Legend: The Four Crystals of Trazere and Bloodwych, Hexx: Heresy of the Wizard is actually based in the same universe. This one ties closer to Bloodwych's first-person dungeon crawling than Legend's isometric puzzle heavy stages giving the impression that it was perhaps initially conceived as a remake.

Published by Psygnosis in 1994, Hexx tells the tale of four gods entrapped in crystals by an evil wizard. Four followers of these deities team up to search the large dungeons in which they are imprisoned and ultimately defeating the wizard to bring peace to the world. It's a pleasingly succinct set up for a dungeon crawl, with a simple understandable goal. In fact, that's the modus operandi of the whole thing - succinct and simple.

The game is played in a Doom-style 3D maze that was showing its age in 1994. Each of the five dungeons are quite large, spanning multiple levels but the progression from beginning to end is on the whole rather linear. Locked doors will hinder your path, but most can be opened with a simple consumable key. Others require special keys usually made out of precious metals such as gold or silver but the way the game is structured means you'll likely only have one of these at a time.


Search for switches to open up doors and passages (left).
By spare armour, weapons and consumables at several curiously placed Ye Shoppes (right).

Beyond doors, some blockades require a switch to open. These range from obvious levers, big blue buttons and small squares that are easily missed in the stone walls. It's not always clear what has changed when you flip one, so taking frequent heed to your map will clue you in to what's changed.

The biggest threat to your adventure is the enemies. Most often placed just behind doors, they range from single-hit weaklings to insane damage sponges. Unless I'm missing something, these automated fights are often wars of attrition, the sound of blade upon blade being the only clue that a swing has taken place let alone hit. Even projectiles like arrows or missile spells aren't visually shown so it's difficult to see how the battle is going until it's too late. Dead members can be revived in a resurrection chamber, but at least one person has to still be standing in order to get there. This meant a lot - and I mean a lot - of backtracking for me.

Standing still will slowly restore health and magic, but sleeping in a bed does it much quicker.

At least spells can be manually cast with a right click. Under the ally portraits, you can find the spellbook. There are four tabs, each one representing the magic of that given god; green Earth magic (Armour, Healing, Levitate), yellow Chaos magic (Deflect, Terror, Regen), red Dragon magic (Missile, Torch, Fireball) and purple Night magic (Confuse, Phaze, Trueview). A full list of them and what they do is handily found in the manual which you'll need because the game itself will tell you none of it. Beyond spells, potions can do similar things but each one takes up a valuable inventory spot.

Each character has their own cash pot, inventory and weapon slots. Each can carry 8 items to begin with, increasing by an additional 12 whenever a backpack is worn. Not included in this allocation is worn armour and equipped weapons. Head gear, body armour, gloves, boots and a shield can all affect your defensive capabilities while a slot for jewellery can give you an additional passive skill or magic effect. You can place an item in each hand but I recommend switching out between weapons for battle and torches for exploration. You'll lead the latter in some areas if you want to see anything further than a foot in front of you.

The demo features the original title of Wizard!  It contains a wholely unique level.

Together, this makes for a somewhat tedious dungeon crawl. The engine, while not ugly, is too samey to get a real idea of your surroundings. Making your way down corridors, through doors and into portals could be a fun way to dungeon crawl, but at no point did I really want to see that similar looking room around the next corner. The difficulty spike with combat is too steep for my liking too, dropping my enthusiasm even more. After Legend: The Four Crystals of Trazere made succinct and simple role-playing fun from an isometric perspective, Hexx unfortunately feels like a step backward.

I am not alone in thinking this. Hexx: Heresy of the Wizard originally came out to mixed reviews. It was hailed as an RPG with easy-to-learn mechanics while simultaneously being lambasted for that very thing. This stripped down nature is incredibly divisive and I'll leave it up to you lot to decide which side of the fence you wit on. For me, it allowed me to get into the game a lot quicker than other games of its type, but I also reached that bored repetition spot a lot, lot quicker too. Good on small bursts, but I recommend Anthony 'TAG' Taglione's previous efforts over this.

To download the game, follow the link below. This custom installer exclusive to The Collection Chamber uses the DOSBox Daum build of DOSBox 0.74 to bring the game to modern systems. Manual included. Read the ChamberNotes.txt for more detailed information. Tested on Windows 10.


Hexx: Heresy of the Wizard is © Psygnosis
Review, Cover Design and Installer created by me 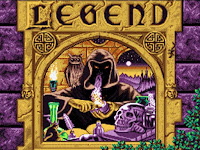 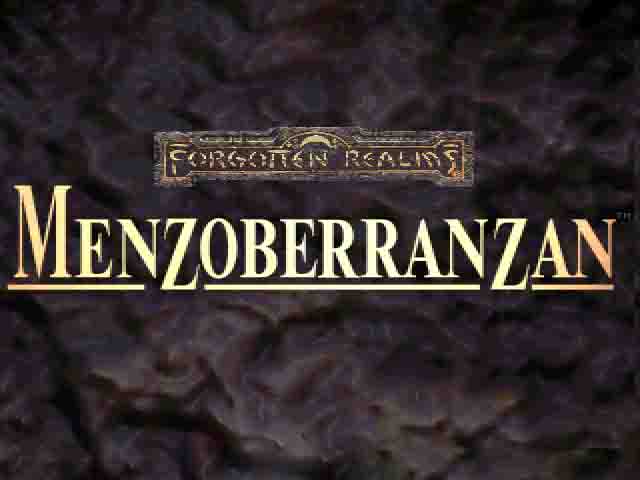 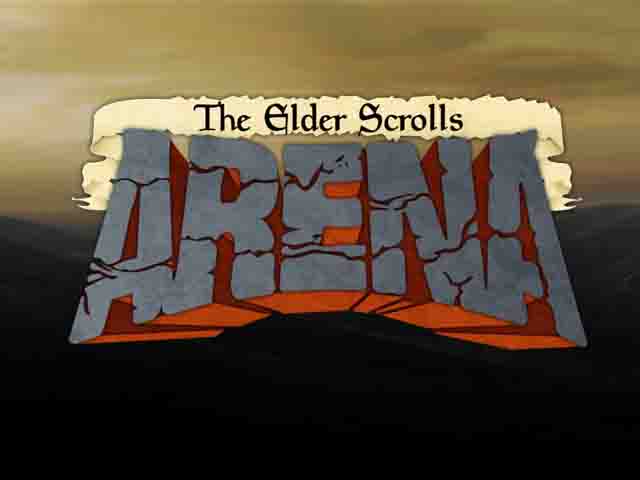