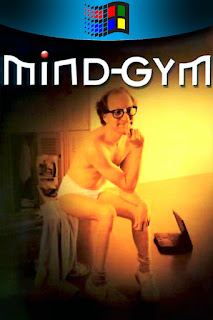 You enter the Changing Room of the MindGym to assess how you tend to think. The game then personalizes your journey through this surreal gym by way of the Pool of Ideas, the Think Tank and other strange spaces.

Hailing from these very shores of Great Britain, Mind-Gym has seen a few notches added to its cult status over the last few years. Part of that could be the bizarre US box art from publishers Simon & Schuster. It could be the fact that it beat out Starship Titanic and You Don't Know Jack winning the only Best Comedy Game at the first BAFTA's Interactive Awards. Or it could be the involvement of British comedy stalwart Ben Miller who co-wrote the thing before he made it big. Either way, this 1997 CD-ROM oddity has not quite yet reached the mainstream meme-status is deserves. It's almost impossible to find anything about it anywhere, and the ISO was only archived online a few years ago instigating the small spark of recent interest.

The game itself is a weird beast. Part comedy skit, part self-help guide and part indictment of that; it doesn't have much structure as a game. The non-sequitur Dadaist approach reminds of of Monty Python in a best possible way coaxing a guffaw or two out of me on multiple occasions. I still don't know whether I succeeded at much within the game but I don't think that's the point. If anything, the point is perhaps to think introspectively? Maybe understand your own personality? Learn to love trout? I don't know, but it's an entertaining package nonetheless.


The Games Room (left) and the Pool of Ideas (right).
Both are home to a bevy of secrets, mini-games and mind-altering lessons.

Lead designer Adam Gee on his own website says that it was inspired by the classic PC game show You Don't Know Jack, itself released that same year. That series has spawned the current spate of Jack Box titles which I play and enjoy fairly often with friends. They all seem like basic pub quizzes compared to the questions on display here. Have you ever wondered if you could replace a mayor with a trout? Find opportunities in a crying baby? Understand your social future with the choice of a shirt? They don't really have a wrong answer, but your responses will crop up again later. For example, early on that choice of shirt will beget a diatribe about how all of your friends hate it. The snazzy piece of fabric will crop up at any opportunity, particularly in any mini-game that features an image of a shirt.

Before all that, though, we start off in the Changing Room; the pun being that you're here to change the way your mind works, not your swimming trunks. Four hotspots are clickable; a bucket, a salt shaker, a bowl of cherries and a locker. With the exception of the locker, each will take you to an interactive skit about trout, shirts and bad wiring that somehow result in a personality test. Once you've witnessed these three, the locker will open up and spirt out three more clickable items. This time, they'll take you to a whole new area.


In an example of how Mind-Gym trolls you, it pretends to crash before giving you a list of options.
Turns out it's just the to-do list of the game's charismatic host.

The LEGO block will whisk you the games room. What's found in here bears more of a resemblance to an actual game than anything else in the Mind-Gym including a Simon clone and Hangman. The most involved are the three found in the book on a bookcase and each relate to improving memory. This is where that game of Simon is found, here be represented as a safe to crack. The next one requires you to remember names, faces and their favourite alcoholic beverage before you are asked to reveal which one is lying to you. It's way more difficult than you might think from memory alone but the way each fib is delivered is often entertainingly witty.

The third of these games has you hiding spy gadgets around a cluttered room only to reveal them later when needed. Hide a cigarette lighter in the shape of a gun on the wall-mounted car and retrieve it when someone needs a light. It will get more difficult, with multiple bananas with different functions scuppering your memory palace but I kept going for the comedy alone.


One of the memory mini-games has you perusing the files of up to 20 characters.
If they tell you false information later on, that means they're a spy. Arrest them!

Back into the Changing Room where the toy train will take you to the think tank. Here, you'll weigh up pros and cons of any given situation - like quitting your job - to learn about making choices and snidely remarking upon them. Leave the area and head to the Pool of Ideas to find a few maths and logic puzzles that mostly don't change on multiple playthroughs. I did uncover a little more than this, but finding them yourself is half the fun - even I don't think I managed to find everything it has to offer.

Considering BAFTA member skew towards the more artistic and experimental side, you can see why Mind-Gym beat out the more traditional games of Starship Titanic and You Don't Know Jack for the Best Comedy Game award. This is a body of gave both Ceremony of Innocence and GoldenEye awards in the same year. Do I think it's a better game than either the other nominees? No. I have a soft spot for Douglas Adams' adventure game, but it's easy to make a case on the contrary. In its own strange way, it's rather fitting that Mind-Gym remains the sole recipient of an Interactive Comedy BAFTA. Now, what would you think if a trout won it instead?

To download the game, follow the link below. This custom installer exclusive to The Collection Chamber uses the DOSBox-X build of DOSBox running Windows '95 to bring the game to modern systems. Converted Readme included. Read the ChamberNotes.txt for more detailed information. Tested on Windows 10. 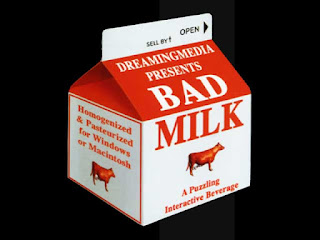 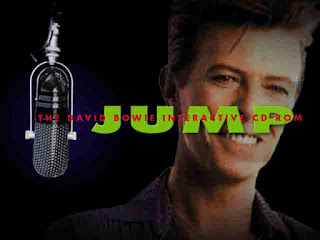 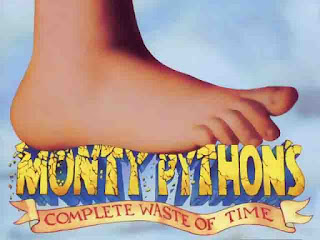