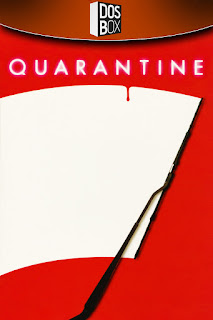 You are Drake Edgewater, a 21st Century cab driver desperate to escape from the Quarantined city of KEMO. You drive a modified '52 Checker "hovercab" armed with headlight mounted machine guns, roof cannons, missiles, explosives, flame throwers, buzzsaws, and a Bad Attitude. Rid the streets by any means necessary, of assault vehicles, mutant assassins and slow-moving pedestrians.

Before Grand Theft Auto, before Carmagedden even, there was Quarantine - a hyper-violent vehicular combat game from 1994 with an open world to explore. Mix all of that carnage with proto-Crazy Taxi gameplay and you now have this underrated gem from GameTek.

In a cyberpunk future ravaged by crime and corruption, you try your best to earn money as a taxi driver. The aim is to pick up civilians and take them to their destination, shooting all of the criminals and rivals (or not) while on your way. It can be hard to distinguish between a potential customer and violent gang members when travelling at high speeds, but they do try to get your attention. For starters, if one is nearby, you'll hear a whistle sound effect. Your compass will also start spinning like you've found the north pole. If none of that gets your attention, the character sprite will stand still with its arm in the like he's answering a maths question from teacher.

Effort has been made to give the passengers some kind of personality. They will banter a little when you pick them up and drop them off, but they may also have preferences that could garner huge tips. Some enjoy the sound of the horn. Others want you to cause as many explosions as you can. The most pedantic of them want a quiet smooth journey. If I ever got them, I ejected them out the cab by pressing the E button.

Other than money, one random passenger will helpfully give you the password to take you to the next area of the city. These passwords are quite long, being full sentences complimenting the company overlords or denigrating the people's idea of free will. Kinda like modern-day America. I recommend writing them down when you've found one as they're easy to forget. Your next goal is to find the exit. They're designated by a blue dot on the map and can be a puzzle in itself to find in later levels.

Capitalism still exists in this chaotic city. Your map will also detail the location of repair and weapon shops denoted by green and red dots respectively. They may be heavily signposted when you approach, but the amount of neon-coloured pixels onscreen can easily obscure them amongst the clutter. Thankfully, the map will allow you to select them as your destination making them a little easier to locate.

Once you get into it, Quarantine is an excellent time. It is well ahead of its time coming in just as the media hoo-ha over videogame violence was coming to ahead as well as being the progenitor of many of the mechanics found in those games mentioned in my opening paragraph. A hidden gem if ever I saw one.

To download the game, follow the link below. This custom installer exclusive to The Collection Chamber uses DOSBox to bring the game to modern systems. Manual, Reference Card, Supplement & Soundtrack (separate download) Included. View Codes.pdf to find the results of the copy protection. Tested on Windows 10.


Quarantine is © Imagexcel & GameTek Inc
Review, Cover Design and Installer created by me 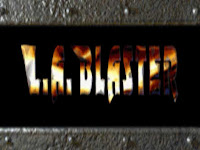 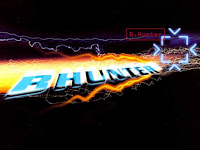 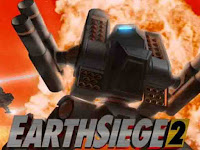