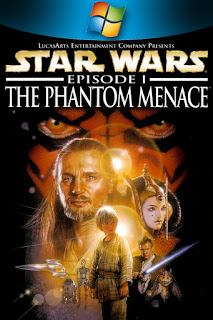 Step into the epic saga from the Star Wars: Episode I story -- and beyond -- while taking on the roles of Obi-Wan Kenobi, Qui-Gon Jinn, Queen Amidala and Captain Panaka. Use the Force, and your wits, to overcome challenges at every turn as you plunge deeper into this story of a galaxy in crisis.

In Episode I, Luke Skywalker's father is just a hopeful 9-year-old boy named Anakin, who knows nothing of his eventual fate as a Dark Lord in years to come. In this earlier time, Obi-Wan Kenobi is a determined young Jedi. Qui-Gon Jinn is Obi-Wan's venerable Jedi master, trying to teach the Jedi way to his apprentice as their world begins to unravel in political turmoil. Episode I will take audiences through extraordinary realms and adventures, from the desert planet of Tatooine to the galactic capital world of Coruscant (with its Jedi Temple), the green world of Naboo, and beyond.

When Star Wars: Episode I - The Phantom Menace was released 20 years ago, I was an over-exploited under-age employee of a large cinema chain so I really felt the hype. Months before its opening day, moviegoers paid full price to see the mediocre Meet Joe Black only to leave once the Star Wars trailer had finished, that's how big of a deal it was. Naturally, there were tie-ins galore including a long list of videogames, and this official tie-in teased the entire plot of the film months before the movie's July release.

The game fares about the same as its big-screen counterpart in that, in all honesty, it hasn't aged too well. On paper, this third-person action-adventure has it all; shooty bits, jumpy bits, puzzly bits -  but other than the satisfying swing of a lightsaber none of it really comes together. You essentially run around mazes fighting bad guys or running errands for NPCs by clumsily pushing switches and missing each and every necessary jump to a platform on first, second and third attempt.

The levels are obviously based on a grid, making the more natural areas like forests and swamplands feel strange and distorted. In a way, it reminds me a little of the first Tomb Raider except poorly programmed. The levels themselves aren't so bad if a little unmemorable but the camera angle doesn't do it any favours. You view the action in a bizarre tilted overhead view that restricts your what you can see. You can't see too far ahead of you so many enemies are firing off-screen and it's almost impossible to gauge jumps accurately. Combined with the slightly wonky controls, it brings the whole package down.

Added up, these points bring down what could've been a great movie tie-in. Instead, it languishes under 'average' like many other licenced games. It's not good enough to stand out, yet not bad enough to be acerbically talked about on random YouTube channels. I did somewhat enjoy my playthrough, but I can guarantee those memories won't stick with me. 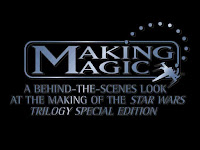 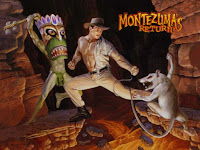 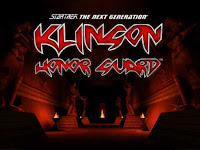