THE LOST MIND OF DR BRAIN 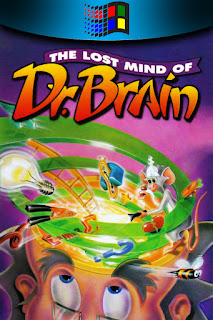 In a bizarre laboratory accident, Dr. Brain's mind got mixed-up with his lab rat's, and the results are, well... mind-boggling!

Now Dr. Brain's destiny is in your hands. Unlock the secrets hidden deep within his eccentric mind as you puzzle over the twists and turns packed into over a thousand wild brain-busting adventures!

Explore music, logic, memory, linguistics, kinesthetics, and many more from a choice of three difficulty levels: Novice, Expert or Genius. Along the way, the challenges take on many forms such as speed-reading sign language, unscrambling musical scores, navigating multi level mazes...

The whole family will enjoy solving thousands of puzzles and understanding the brain's functioning.

Being the third entry in the Dr. Brain series, The Lost Mind of Dr. Brain (1995 Sierra On-Line) switches the gameplay and visual style up several notches. Advancing from Sierra's the SCI1 engine to SCI2, the game can now feature cartoon visuals and nice animation.

Dr. Brain himself is now featured far more prominently as a character and has managed to get himself into a right old kerfuffle. An experiment has gone drastically wrong, implanting his brain into that of a mouse. His niece Alaina rushes to his castle to help you put things back together. As you might expect, this is done by solving a number of puzzles, 10 in all (though only 9 are available to begin with).

With one exception, these puzzles are highly entertaining and challenging. Train of Thought has you controlling the path of coloured marbles along a train track by toggling switches. Neural Maze requires you to guide the mouse through tunnels and warp points towards the end of a labyrinthine maze. File Sorting, expertly lampooning The Twilight Zone in visual style, is a memory game. There's even one game - Pentode - that requires you to learn sign language. The worst one, Synaptic Cleft, is a cow herding game where a click of your mouse will push cow-coloured brain cells away from it and hopefully towards the exit.

Each time you complete a puzzle, you'll complete a small percentage of that part of the game, between 5% and 15% depending on what difficulty level you choose. You may get to 100% faster on the highest difficulty, but it will begin to test even the most brain-trained of adults let alone the kids the game was designed for. The Dr. Brain was never one to make things easy for the young 'uns.

The Lost Mind of Dr. Brain is without a doubt, the best game in the series so far. Most of the puzzles are open from the off, meaning you won't have to stick around with the cow herding section for long. Coupled with a bright and cheerful visual style with some genuinely funny quips here and there and you get a so-called kids game I'm sure to come back to time and again.

IMPORTANT - Remember to shut down the emulated version of Windows before exiting DOSBox. This could potentially result in errors, lost saves and corrupt data. Press Ctrl-F9 only when it is safe to do so.


The Lost Mind of Dr. Brain is © Sierra On-Line
Review, Cover Design and Installer created by me 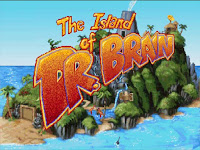 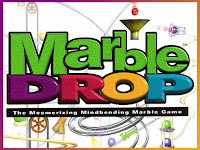 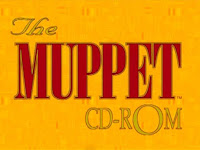