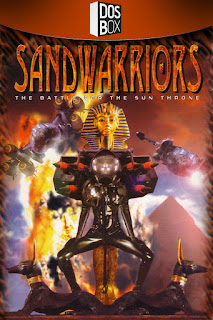 Created by the now-defunct Astros Productions in 1997, Sandwarriors jumped on the mini-craze that was the ancient Egypt setting after the release of Roland Emmerich's 1994 movie. Out of all of such games released in that movie's wake, Sandwarriors is perhaps the most blatant. The spacecraft and the enemy's mech suits may have been given a beefier redesign, but if changed the name none would be the wiser.

Perhaps if they had secured the rights for a movie released three years prior, it might have sold better (it may have been 2 and a half years in between but gaps between releases are not unheard of). This was to be the final game for a company that had existed for a decade and a half, gaining popularity on the Spectrum before heading to the PC to create and port licensed games for Ocean. Sandwarriors was to be their magnum opus with a bespoke graphics engine called '3D Ality' that looked awesome for 1997. Better yet, it required no 3d acceleration cards.

Graphics are all well and good, but what about the game-play? Well it's a fun if simple action game. Some sites have likened it to the Inca series, but beyond having an ancient civilization in a sci-fi setting I cannot see it. I would say it plays a lot more like Terminal Velocity or Fury3 - shoot anything that moves on a fully 3D landscape.

The missions are more variable than those classics, but it's still a simplistic shooter with little need for strategy. How Sandwarriors differentiates itself is in some unique control features. As well as a standard control scheme, you have the option to perform some pre-defined aerial manoeuvres. These come in handy when attacking a large structure as you can strafe around the behemoth leaving you free to blast away. The ammo for most of the many weapons do deplete, so you have to scout out some ground-based stores to replenish them. It's well worth doing this as these will be the type of attacks that can lock on to enemies - and there's plenty of the blighters. In fact, I kinda liked taking the time to explore the vast landscapes which are dotted with some very interesting structures.

Going back to the aim of the game, I would be hard pushed to consider the enemy AI to be anything but unremarkable - it's barely an improvement on what Fury3 offered. What little there is perfectly fine for such an arcadey experience. The difficulty lies in the sheer number of enemies, which sneak up and swarm on you in an instant. If you find yourself in trouble (and you will), you set your thrusters to the max and high-tail it to a safe area. Hover idly for a bit and your damaged shield will recover.

This all looks promising. In fact, it was enough for Astros' long-time UK publisher Gremlin Interactive to handle the publishing, but ultimately it failed in a crowded marketplace. And it failed hard. The fact that it was released in the same year as the superior Wing Commander: Prophecy was probably a major factor, but let's not discount Fury3's sequel Hellbender that cam out the previous October - half a year earlier. That game was also developed directly for Windows '95, while Sandwarriors chose to run solely running on the archaic DOS operating system.

Reviews at the time were unkind, citing a lack of variety as a major issue. While they do have a point (you do tire of sand after a while), I found the game-play itself to be highly entertaining. The repetitive nature, like many other games of its ilk, means there is little incentive for long-term play, but for a quick blast it is a just that - a blast. I may not go back to it as often as I would Fury3 - and that's partly due to nostalgia - but I'm glad I gave Sandwarriors a look.

To download the game, follow the link below. This custom installer exclusive to The Collection Chamber uses DOSBox to bring the game to modern systems. Tested on Windows 7 and Windows 10.


Sandwarriors is © Astros Productions
Review, Cover Design and Installer created by me 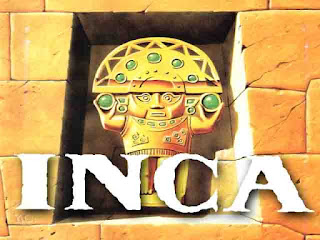