It's Christmas time. To me that means board games - or more specifically losing at them. How can the luckless losers like me win? Cheat, that's how. Or if you have a moral compass you can always play the digital versions like Star Wars Monopoly.

I'm sure you all know how to play the classic board game, but just in case, here's a brief description:


After a heated argument to see who gets to be the cute little pewter dog ('cos the top hat just won't do), you then proceed to buy as many properties as possible while conning your siblings out of their savings. You do this by keeping one eye on the board and the other on the banker's stash of money. When no-ones looking, you steal the cash so you can buy an industry's worth of hotels. As soon as you sister lands on your space, BLEED HER DRY!!! The game ends once you've forced your family into bankruptcy and you're never invited to any social gatherings again.

Why Star Wars Monopoly and not the classic we all know and love? Well, just like this review is cannily being posted to coincide with the imminent release of The Force Awakens, Star Wars Monopoly rode the coattails of the remastered trilogy, returning to our screens in 1997.

The Star Wars variant has the extra addition of geek-cred. The game-play is (almost) exactly the same, but this time everyone fighters over the pewter Boba Fett. The actual board game adds an optional house rule where if you roll a double, you can forfeit a second roll for a "Force Ability". These can be anything from earning free money to a hostile takeover of an opponent's property. It adds an extra twist to the game, but ultimately it's nothing really game-changing. Surprisingly, these don't appear in this digital adaptation, making the only reason for its existence is to keep Anthony Daniels off the dole.

The CD-ROM is jam-packed full of silly pre-rendered animations and short clips from the original three movies. It's quite fun to watch Han Solo sprint across the board or the Emperor roll the dice with his lightning hands. Every space you land on or card you pick up triggers a three-second low-resolution clip from one of the three movies. There's quite a large variety of them so it's a rare event that you'll see the same clip twice in one game. As nice as they are, they slow down the game to sprinting speed of Jabba the Hutt - and it's not like they're anything your average Star Wars fan hasn't seen many times before.

Ultimately, you know what you're getting with Star Wars Monopoly before you even boot it up. It's a great presentation of a game that plays better on the tabletop than the desktop. You can't even steal credits from the banker, so there's my strategy out the window (not like it works anyway). Still, if your friends and family refuse to let you join in after what happened last Christmas, you can always play against an A.I. R2D2. Who knows, if you set him to 'easy' you may even win!

To download the game, follow the link below. This is a custom installer exclusive to The Collection Chamber will run natively on modern systems. Tested on Windows 10. 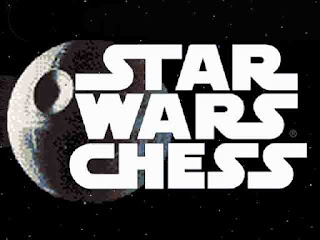 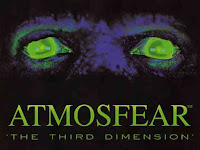