I may love digging into the past for some hidden or forgotten gaming gems, but current releases also take my fancy. Here are my personal Top 10 videogames of 2015.

Before we begin, let's talk about what a year is been for everyone's favourite  interactive medium. The next-gen consoles came into their own with enough must-have titles for me to bite the bullet and opt for a PlayStation 4. Not only were a lot of the games of a high quality, but they actually felt like a step up from the PS3 and 360. There were even some quality games on Nintendo's underrated Wii-U which I would totally own by now if I had the money (the new Xenoblade Chronicles leaves me dewey eyed with longing).

While the games themselves were of a high quality, the industry itself was fraught with controversy. The number one story that shocked me the most was that of Konami and Hideo Kojima. The once prestigious company has forever been sullied with news of some outrageous practices for their employees - get on their bad side and it's down to the factory for you. Even their superstar designer Hideo Kojima wasn't left unscathed when he unceremoniously left the company. This all may be a blessing in disguise as he's spearheaded a new development team to rise from the ashes. One of my most anticipated games - Silent Hills - was unfortunately caught in the crossfire and cancelled while Konami announced a shift focus to crappy mobile games and pachinko machines.

Anyway, enough of why 2015 sucked - let's look at why it ruled. Here are my Top 10 personal favourite games released this past year. If you fancy a go yourself, click on the images to be taken to their store pages on either GOG, Amazon or Steam. 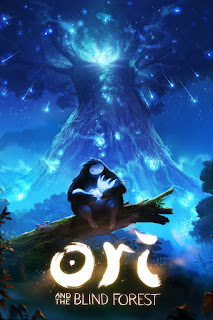 10
Ori and the Blind Forest by Moon Studios was a pleasant surprise. The base game-play is that of a puzzle-platformer which seems to be flooding the Indie gaming market. It's not anything new, but where Ori shines is in the tight controls and polished presentation. The graphics are gorgeous too with a surprisingly emotional story told only through Disney-quality animation. Definitely one to play if you have an XBox One or strong enough PC. 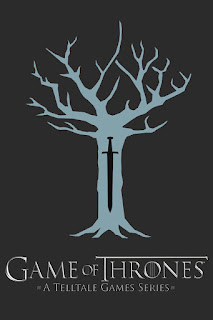 9
TellTale released a couple of episodic adventure games this year but Game of Thrones is the only one I've had the time to play. I've heard lots of great things from Tales from Borderlands so I will get to that eventually. Perhaps it's my unfamiliarity with the franchise explains my hesitation (ditto Minecraft: Story Mode). JRR Martin's fantasy epic on the other hand is something I'm a little bit obsessed with. The unique story here does an admiral job at telling a great story which alludes to the events of the main series without entering the dangerous territory of directly affecting it. Like last years The Wolf Among Us, I'm certain this will be replayed quite regularly - I've already bought it multiple times for multiple systems. 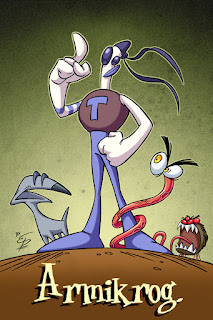 8
I was so psyched when Armikrog passed its Kickstarter goal. Upon release Neverhood (of which Armikrog is a spiritual successor) quickly became a hard to find cult classic and I longed to play it for some time (see my earlier review). I was a backer for this gem, but it took me a time to even begin to play it. It shipped with a fair amount of bugs which brought down the review scores, so I waited patiently for them to be fixed. I wanted my playthrough to be perfect. When I finally got around to it later in the year, I was met with a charming and hilarious puzzle adventure that is every bit the equal of its predecessor. 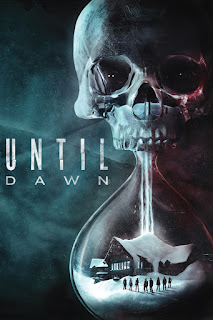 7
The Quantic Dreams duo of adventure games on the PS3 played a big part in my favouring the system over MicroSoft's gun-happy line up (let the console wars begin). Until Dawn may not have been developed by the team behind Heavy Rain and Beyond: Two Souls but it sure owes a great amount of debt to them. It's even more impressive considering this is Supermassive Games' first original title. The Sony exclusive came out of nowhere and surprised everyone who played it. When I took the plunge on a PS4 this was one of the main draws (along with the upcoming Uncharted and The Last Guardian). Until Dawn a fun slasher story that plays on the tropes in a very entertaining and immersive way. It doesn't improve or even change on what Quantic has done before, but when the plot is this much fun, who cares. 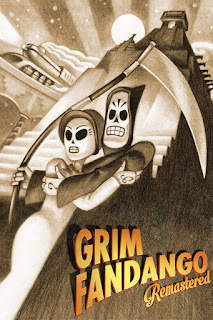 6
If this wasn't given the Remastered subtitle and was instead the first time the netherworld noir came to market, Grim Fandango would be at the top of this list. As it is, the 18-year-old game just misses out on the top five. I've played LucasArts' Grim Fandango more times than I can count over the years (topped only by the first two Monkey Islands and Zelda's SNES offering) so there's not much new here. I'm glad that modern systems have a way to experience this bonafide classic, but it looses points from me for not being as big an update as I wanted. For example, the hi-res graphics are not much of an improvement of what came before (hence remaster and not remake) and the widescreen mode is little more than a stretched image. That being said, Grim Fandango is still one of the best games to have ever existed, and now everyone can play it again! 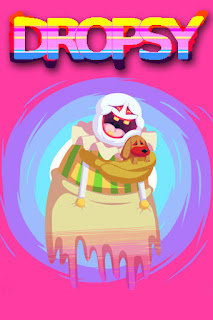 5
What a pleasant surprise Dropsy was. Even though the titular clown has a face only a mother can love, you will too by the end of the game. In fact, I think this may be the first piece of entertainment where the clown was not some crazed killer, which makes for a refreshing experience. Developed by the one-man team at Tendershoot, it features not a single line of dialogue or text. The goal is a simple one - make everyone happy. And that's definitely an emotion that this game will make you feel in abundance. 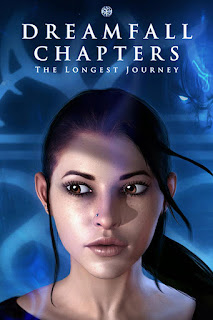 4
The Longest Journey is one of the best adventure games since the millennium began. In fact it was released at the beginning of this century so it's very impressive that it still holds that accolade. The 2005 sequel shifted slightly into action territory which did disappoint me at first. In fact the disappointment stayed with me until I actually played the thing. It kept me gripped right up until the final moments. The 10 year wait after Dreamfall's cliffhanger ending was excruciating but it's finally here. And boy was the wait worth it. It's still an action-adventure, but the world (or worlds to be more precise) are so fully realised and expansive that it feels lived in. Dreamfall Chapters episodic release schedule meant it would a little longer before I can actually complete the game but so far it's been one hell of a journey. 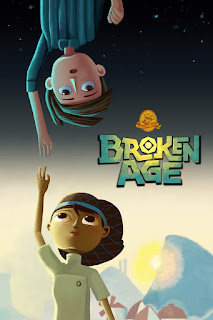 3
Last year gave us the first half of Double Fines crowdfunded return to the point-and-click adventure, but the story wouldn't see it's conclusion until this year. Taken on it's own the second half isn't as good as the first, but as a whole, it's a game with a surprising amount of depth and imagination. The child-like storybook aesthetic and initial premise soon make way for some dark twists and turns that retains the sweet comedy of Double Fine's comedic heyday. This is another game I backed - in fact it was my first ever. 2015 may have had many funded Kickstarters get cancelled, but Broken Age proves what your money can do in the right hands. 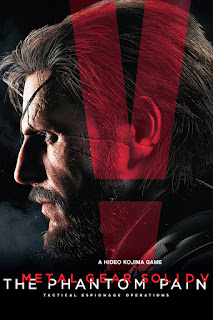 2
I was in two minds as to whether I should buy this game. I had been following the Konami-Kojima drama and was appalled by the revelations that were coming out, so much so that I didn't want Konami getting any of my hard earned money. On the other hand I was sure Kojima had spearheaded one doozy of a game so I gave in, proving what little principle I have. What I experienced was a revolution in what is known as 'emergent' game-play. There is so much to do in this game it's unbelievable. Everything is presented to you in such a way that it doesn't overwhelm you with its size and everything is just so damn entertaining. I'm not a fan of open world games (surprising considering my number one choice), but it is up to you if you want to play The Phantom Pain in such an open way. I found every moment to be incredibly fun and I'm new things are still emerging - who know horse poo can give you such a tactical advantage. 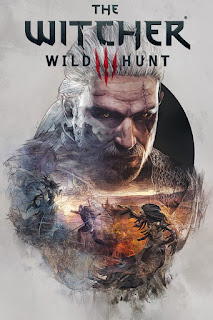 1
As I've said, I'm not usually a fan of open world games. I favour story and character more than anything which is something these types of games don't really excel at. It may be impressive to create your own character in Skyrim and impart your own personality onto your creation, but I find these blank avatars to be devoid of any character (does this say something about me?). The Witcher doesn't do this, perhaps helped by the fact that it's based on a series of Polish fantasy novels. The main character Geralt is not the silent protagonist that's found in Falout or Elder Scrolls; he actually has many interesting things to say. The open world is fun to explore with a menu and map system that's not perfect but still does an adequate job to prevent you going off-track. This is the first Witcher game I've played and I couldn't recommend it highly enough. How long 'til Witcher 4?


HONORABLE MENTIONS
I've not played every game this year but there are many that I have. Here are some games that are well worth your time, along with some that are top of my to do list.