My movie reviews have fallen by the wayside in recent months, but that's not to say I haven't seen any this past year. In fact that couldn't be further from the truth. Read on to discover my Top 10 movies released in the entirety of 2015.

In terms of quality, this year seems to be the exact opposite of last year. In 2014, I would say I enjoyed the independent movies far more that the big Hollywood juggernauts. Despite a few anomalies, this tends to be the norm. 2015 on the other hand saw Hollywood really up their game. Sure Terminator Genisys was all kinds of terrible (it still bothers me spelling it that way), but woul the entirely average Fantastic Four reboot get such a drumming if everything else hadn't been so good?

This year saw three movies gross record numbers, the Marvel Cinematic Universe still proving to be a winning formula and and a return to some classic franchises that didn't just not suck, but were actually pretty awesome (Terminator notwithstanding). That's some year!

2015 also saw two movies I had a part in getting released.  Soldiers of the Damned, a low-budget horror featuring Nazis getting killed in a haunted Russian forest, finally came to DVD in the summer and One by One, a political thriller starring Rik Mayall in his last performance, had a digital release on Christmas Day.

Before I start my countdown, I'd like to add in a few caveats. UK release dates are often off to the US counterparts, but for my first in a hopefully annual list, I've omitted 2014's Oscar contenders that came out here in early 2015. That means no Birdman, Boyhood or Maps to the Stars. I've also not seen every movie out this year, despite my best efforts. The Revenant or The Hateful 8 may be great movies, but I've not yet had the chance to see them. 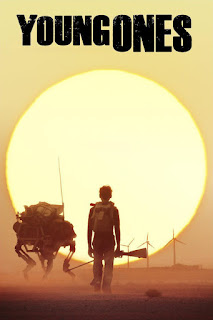 10
In the UK, this little known sci-fi gem went by the title Bad Land: Road to Fury. It was coincidentally released on DVD the same week that Mad Max: Fury Road hit theatres in a rather cynical marketing ploy. I originally knew it at Young Ones, Jake (brother of Gwyneth) Paltrow's debut feature. It tells the sci-fi/western story of a boy and his robot as he and his family struggle to keep their dying farm from going under in a post-apocalyptic land of very little water. It stars Kodi Smit-McPhee (Slow West, The Road), Michael Shannon (Take Shelter, Man of Steel) and Nicholas Holt (Mad Max:Fury Road, X-Men: First Class). 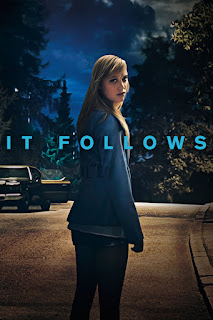 9
It's been a pretty good year for low-budget horror. While Poltergeist and Insidious 3 disappointed the masses, smaller films such as The Final Girls, Housebound and The Hallow also found an audience. But it's the supernatural sex allegory named It Follows that transcended all of them by becoming a bonafide modern classic. The idea of a sexually transmitted curse that can only be passed on by boning sounds silly, but the execution is downright terrifying. The relentless shape-shifting demon stalker who follows our well-written three-dimensional teens is as iconic as it is scary. Director David Robert Mitchell is surely a talent to watch. I wouldn't be surprised if this will be studied in film classes along the likes of Halloween and Ringu. 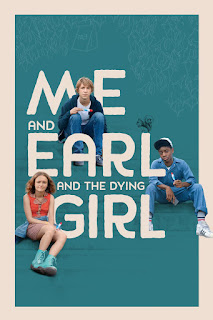 8
There's been a slew of really good teen movies this year. In any other year they'd mostly be dismissed as a vapid, terrible excuse to film 20-somethings pretending to be in high school. When they're good, they can become something of a guilty pleasure of mine, but I have no guilt over my love of Alfonso Gomez-Rejon's Me and Earl and the Dying Girl. It is a heartbreaking tale of friendship and a love-letter to movie nerds everywhere. The trio's home-made movies will make you cry with laughter before the bittersweet and poignant ending will make you cry with sadness. 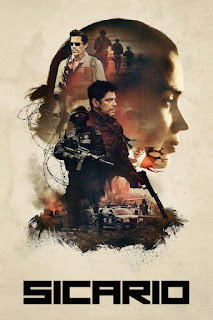 7
No other film made me think quite so much this year as Sicario. I've kept a keen eye on director Denis Villeneuve over the past few years with movies such as Prisoners and Enemy being some of the most interesting in their respective years. Sicario is a tale of corrupt officials, the CIA and Mexican drug lords that after some research proves to be scarily close to reality. Emily Blunt plays an idealistic FBI agent fighting to stop drugs entering the US through the Mexican border. Josh Brolin's CIA man, accompanied by the shady Benicio Del Toro, ask her to join them on one of their own top secret missions. What follows is an uncompromising crime drama which deserves more award season buzz than it's getting. 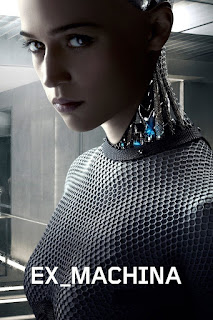 6
Fresh from an illustrious career as one of the best authors and screenwriters in the business (he wrote The Beach, Sunshine and the criminally overlooked Dredd), Alex Garland successfully takes on directing with Ex Machina. This morality tale of A.I., humanity and patriarchy features a triumphant trifecta of performances from Alicia Vikander and future Star Wars players Domhall Gleeson and Oscar Isaac. Gleeson is brought in the eccentric billionaire inventor's home (brilliantly played by Isaac) to perform the Turing Test on his recent creation - a beautiful and manipulative machine brought to life by Vikander. I wouldn't be surprised if she clears the board at award season for her turn in The Danish Girl, but it will be for this role that she truly deserves it. 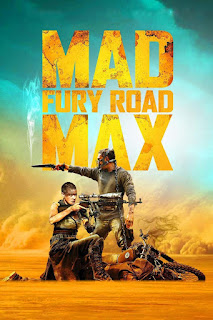 5
I said it was a good year for blockbusters and revived franchises. Objectively speaking, Mad Max: Fury Road is the best of the blockbusting bunch (though not quite my personal best) with George Miller returning to direct after a 30 year gap from the wasteland. He's always been a visceral director and the use of practical effects and minimal CGI is stunning. Considering the results, I hope to see more movies follow suit. It's also getting some well-deserved awards season buzz, but knowing the academy I'd expect it to land some technical nods only. But then, stranger things have happened. Sigourney Weaver was nominated for Best Actress for Aliens after all. 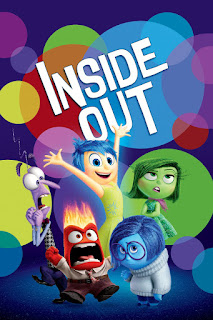 4
I love animation and it's been another stellar year. Pixar has always done great work, but you can't deny they've been in a bit of a slump since Cars 2 (a slump the likes of Dreamworks can only dream of). Inside Out is a spectacular return to perfection with a bonkers premise coming together to be a sweet and emotional tour de force. 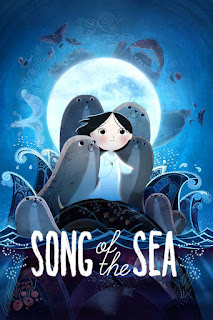 3
So, Song of the Sea may be officially considered a 2014 movie and was nominated for best animation at last years Oscars, but us Brits didn't get this Irish movie until this year (Ireland, I thought we were friends). Ben and Saoirse live with their father in a lighthouse, but when Saoirse is dangerously drawn to the sea, their grandmother takes them to the perceived safety of the city. The siblings run away from their well-meaning granny and embark on a fantastical adventure as they make their way back to the sea. Tomm Moore brings the same beautiful artistry that he did with The Secret of Kells and tells a simpler fairy-tale that children and adults alike will fall in love with. 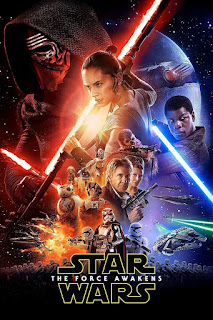 2
It's entirely for emotional reasons that I rate Star Wars: The Force Awakens so highly. Objectively you can pick it apart as being a rehash of the 1977 original, but no other film made me so excited on the run up to it's release. It's a testament to J.J. Abrams and the team that worked hard on it that it lived up to those lofty heights. It even made up for the crushing disappointment of the prequels. Everything here feels like Star Wars. The locations and effects are real and tangible, again going on the mantra of less CGI is more. Sure some characters are entirely made up of pixels, but the impressive scenes on the desert planet Jakku have surprisingly little. It may seem weird that the iconic 20th Century Fox jingle is replaced by Disney's, but they've proven that whatever franchise may be under their banner, it's in safe hands. 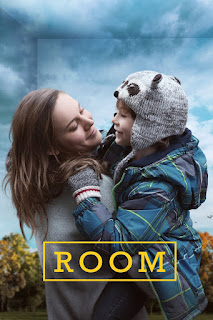 1
From the bombast of a stellar year for blockbusters comes my favourite film of the year - a rather low-key affair. While it is yet to see a wide release in the UK, I was lucky enough to witness an early screening. This tells the story of Jack (played by Jacob Tremblay - one of the best child performances I have ever seen), the 5-year-old son of Brie Larson's Ma. All he has ever known is the room they are both locked in, for Ma was taken as a teenager and kept locked up and raped in this room. Told from the ever-optimistic point of view of Jake, the film doesn't dwell on the horrific events, but on the love and drama between the two as they become adjusted to the real world again. I have not stopped thinking about this movie since I saw it in the summer and fully intend to revisit it when it is on wide release.


HONORABLE MENTIONS
There were loads of movies I haven't seen this year that I fully intend to. I see most movies in any given year long after the theatrical release, mostly on blu-ray. That's not to say that I've ignored my self-imposed status as a cinephile. Here are some good movies I've seen this year which didn't make it into the top 10, and some I intend to catch up on in the coming months.