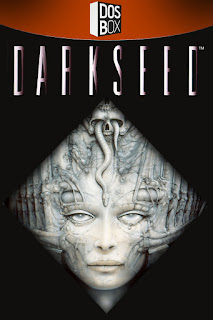 Nothing gives you an unnerving sense of unease quite like a piece of art by H.R. Giger. He's one of the reasons (if not the reason) why the Alien franchise has scared generations, as well as elevating Species from a schlocky b-movie to a nightmare-inducing guilty pleasure. In 1992 Cyberdreams took his large portfolio of art, gave it a story and used it as the driving force to create their first adventure game; Dark Seed.

Cyberdreams was founded in 1990 with the idea of developing games for an adult audience. Their plan was to get some prominent creative figures on board and with the likes of Harlan Ellison (I Have No Mouth and I Must Scream) and Syd Mead (CyberSpeed) they certainly came through with that promise. Dark Seed, their first ever release, kicked things off with a bang by securing H.R. Giger. It was a huge boon to get such a name, but he also came with his own, artistically minded mandates.

While no new artwork was specifically created for this game, the majority of Giger's back catalogue was available. The only problem was that Giger wasn't too keen in showing off his art in the standard low-resolution VGA graphics for the time. As such this was the first game to feature what was then considered high-resolution graphics (640x350). The compromise was a reduced colour palatte but considering the monochromatic nature of his pen and ink creations, this wasn't too much of a problem. The result is a game that looks nothing like anything at the time, both technically and visually.

That being said, the audio does leave a lot to be desired. The plodding midi music is constant and seemingly designed to drive you insane. The sound effects are often a little off-putting too, occasionally veering a little closer to the cartoonish side realism. Either way, they're far from being sinister. The CD version is accompanied with full speech, which was rare for the time. Most of the dialogue is the internalised thoughts of our protagonist which come off a little stilted, though that could be more down to the actor than the script.

Our protagonist is one Mike Dawson, a proudly moustachioed man who's so bland that this appears to be his main personality trait. He's played by the game's designer, also called Mike Dawson, who digitised himself for the character sprite. The game begins with him having one heck of a nightmare. Claws have opened a very suggestive looking hole in his forehead so that a disturbingly phallic device can inject an alien embryo into his brain. He wakes up in his old, gothic mansion (which he has just moved into no less) with a "monster headache". It's so bad he never shuts up about it. Until you find some aspirin, he'll whine out loud every two seconds. To be fair, if someone impregnated my brain through a make-shift vagina in my forehead, I'd complain too. Thankfully, he never gets man-flu throughout the course of the adventure or else he'll be insufferable.

Before long, you'll find yourself in the 'Dark World' where a friendly alien (the one featured on the cover) spouts some exposition. Her world has been taken over by the Ancients and she is doing everything in her power to stop that from happening to ours. Quite why she thinks Mike or his moustache can do anything about it is beyond me. The thing that's currently gestating inside his brain is known as the 'Dark Seed', a godly being revered by the Ancients who will ultimately consume you and the entire Earth. To stop this from happening, you have to cut the alien's power source or something like that. Apparently it's the only way and there's only three days to do it in. Yes, this game is timed. If you procrastinate too much, you - and the entire world - is done for.

That's not the only way to fail. The game has to be played in a very specific way, or else you'll die (some ways are more entertaining than others) or find yourself in an unwinnable situation. There are no clues guide you the right direction and even trial and error can sometimes fails. You may be stuck in a dead end and not even realise it until your demoralised enough to give up. Needless to say, the only way to play this game effectively is with a walkthrough.

Despite a slightly amateurish feel, Dark Seed lucks into an unnerving atmosphere, even before any bio-mechanical beings show up. The strange intonations of the speech complete with some oddly calm and banal musings from our protagonist make everything seem a little off. The real world is strangely empty with only a small number of people to talk to, each of them unjustly antagonistic towards him. I don't know how intentional this is but it does give what should be our world a very other-worldly feel.

What is intentional is the questions surrounding Mike's own sanity. Right from the off, you will think that there's something not quite right with him, yet you still guide him through his possible delusions. Add some striking similarities between the two worlds and you've got a game theory worthy of a 10-minute YouTube video. They keep this up right until the last click ending with a rather baffling final scene.

I didn't particularly like this game when I first played it many years ago, despite my attraction to its theme and setting. The timed nature frustrated me and it seemed so directionless at times. It's not got any better, though I do appreciate the visual designs and atmosphere far more now. With that in mind, I can only recommend Dark Seed to hardcore adventure fans and those obsessed with Giger. Anyone else would probably need their brains checked.


To download the game, follow the link below. This custom installer exclusive to The Collection Chamber uses DOSBox to bring the game to modern systems. Manual, hint book and quick reference guide included. Tested on Windows 10.


Dark Seed is © Cyberdreams
Review, Cover Design and Installer created by me 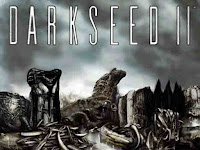 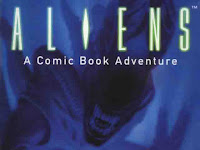 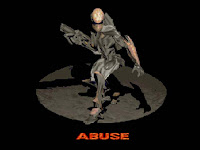