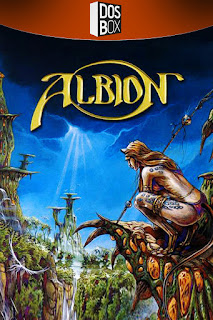 Albion, an RPG released in 1996 by BlueByte Software, earned much critical acclaim twenty years ago. It has since gathered a cult following with even a fan remake in the works, but it has curiously not become as revered or as well known as one would expect.

Whenever I boot up Albion, it always strikes me how fresh feeling it is. It takes me back to a time when such a game would be new and truly exciting. Yet the dichotomy is that it has not aged well in both its graphics some quirks in the control scheme. Whenever you are in a building, we are presented with a top-down perspective that wouldn't look out of place amongst the many Japanese RPGs that would define the Super Nintendo. The design here is excellent with the lush worlds looking vibrant and absorbing. Less so is the first person segments that appear when exploring the vast towns or dungeons. 3D environments were not new in 1996, with Doom II leading the way but even first-person RPGs like Ultima Underworld and Stonekeep could adequately represent their world. Albion's 3D environments look terrible, relying on a blocky pseudo-3D sprite-scaling design that makes navigation a headache-inducing pain. Thankfully, you are provided with a map that will help, but you'll quickly learn to dread these sections.

The controls are entirely mouse-driven, though movement can also be performed with the arrow keys. It's easy enough to understand and rarely hinders your experience but there are a few niggles though which can easily become grating. Holding down the left mouse button walks in that direction, while right-clicking brings up a context-sensitive menu. When in these menus, the cursor is locked within its frame so the only way to get out of it is by right-clicking again. The problem here is that the main menu is always assigned here. If you miss your target, which is easily done especially if they're moving, it is easy to accidentally enter the main menu by mistake - something I did far too often. You can easily return to the game with no negative consequences, but this is an annoying quirk that could've easily been altered. What's wrong with allocating it to the F1 key?

What truly shines - and elevates the game to must-play status - is the story. There are many shining tales in the genre, but Albion's heady mix of science-fiction and fantasy make it one of the best. Those who've seen James Cameron's mega-blockbuster Avatar will notice some similar environmental themes; you are Tom Driscoll, a pilot tasked with scouting a desert planet in preparation for a mining operation. While journeying to the surface, your ship malfunctions and you crash land, only to realise that the planet is teeming with life.

You'll soon be welcomed by the Iskai, a native cat-like species with little regard for clothing and a penchant for the mystic. One of their healers is even presented as something of a love interest. Make their fur blue and you've basically got the N'avi. Should we add Albion to Ferngully and Pocahontas to things Avatar ripped off? I don't want to give too much of the story away as the twists in the journey are best experienced first hand, but I do want to critique one major element. The dialogue, which is entirely text-based with no speech, can be perfunctory and a little stilted at times. Designed in Germany, it may be a case of being lost in translation and it only mildly lessens the experience, but there are long monologues of explanation and exposition which blatantly ignores the rule of 'show don't tell'.

Albion is one of those games that is very much of its time. By today's standards it may not hold up visually but it more than equals more modern games in engrossing entertainment and immersion. It's akin to watching an old movie that may have aged poorly but has something so fascinating about it that allows you to take it for what it was rather than for what it is. The dated graphics and slightly clunky control scheme do very little to diminish the overall experience and make it one of the best PC RPGs of its - and our - time.


Albion is © BlueByte Software
Review, Cover Design and Installer created by me 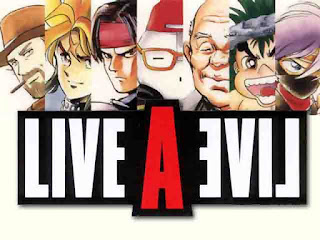