There's more spiritual hoo-hah in the next batch of X-Files episodes along with some werewolves and killer insects. There's also some alien shenanigans for good measure... 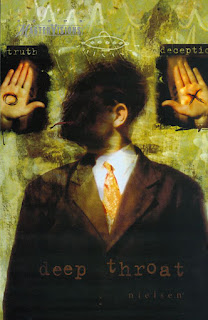 The agents look into a UFO sighting in Tennessee, but after authorities force them from investigating further, Mulder introduces them to some old friends; The Lone Gunmen. They soon find out that a truck could potentially be transporting a life extraterrestrial biological entity or E.B.E.

There are many twists and turns in the plot, truly deserving the tagline Trust No One. Deep Throat again returns to 'help' the agents, but provides false and manufactured evidence. Mulder and Scully are not unintelligent, and soon find there way to a secret government facility where Mulder comes the closest he's ever been to discovering the truth.

This excellent episode further expands the shows mythology by introducing the Lone Gunman, a trio of conspiracy theorists who self-publish their own magazine. It was written by Glenn Morgan and James Wong who would become veterans in TV and arguably be responsible for the show's best episodes. This episode felt completely epic in 1993 and sure holds up now. 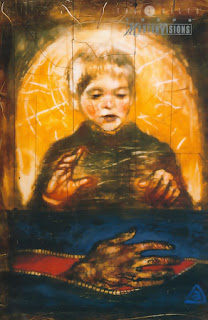 We're back in religious territory where a famous youth faith healer becomes the prime suspect when those he's cured begin to die.The concept of religious practices such as this seem almost as alien as extraterrestrials here in the UK. Church going here consists of choirs singing in ancient echoey halls with a pastor that should be prescribed to cure insomnia. A congregation presented here remind me more akin to a carnival or circus with theatrics akin to a ringmaster of a freak show.

This makes it a prime setting for a horror tale, but what we get here is a murder mystery. It disappointed me upon first viewing, especially after the action heavy E.B.E. and the Frankenstein creature that was Young at Heart. My young mind wanted a more visceral show, but I now feel that this is an excellent and intelligent thriller with supernatural elements. I even find it more thought-provoking than the previous two episodes. 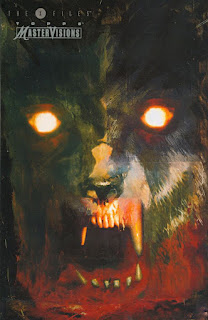 This episode is perhaps the most generic of season one. That doesn't mean it's bad by any stretch of the imagination, but you could tell that a formula was being established. The shooting of a Native American by a local by a local rancher may seem outside the scopes of what would be considered an X-File, but after the shooter claims to have shot an animal, Mulder becomes interested in the investigation. He suggests lycanthropy or werewolves, linked with the Native American legend of the manitou as the cause.

Executive at Fox wanted the show to feature more traditional monsters, and this was the result of that mandate. While I liked the idea of werewolves (and still do), I wasn't ever particularly keen on Shapes. Knowing the back story, I can see why it feels stilted and a little formulaic. Watching it again, I found the Native American way of life far more interesting than the shapeshifter or the mystery. The soap opera subplots between the locals seem like a terrible way to pad the plot and do little to make it any more interesting. The special effect are top notch though, harking back to An American Werewolf in London's transformation scene but with a TV budget. 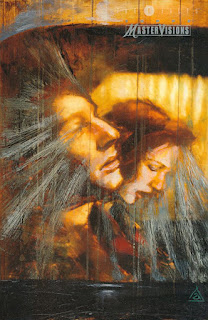 Before I had the opportunity to catch up on the first episodes I had missed, Darkness Falls was perhaps my favourite X-Files episode in season 1 (the similar themed Ice now takes that honour). Being another ecological themed story, it takes the killer organism idea from Ice and transplants that into a forest.

Our two agents are called in after some loggers are declared missing. The blame seems to be solely on an eco-terrorist group, but after finding out that a similar event happened in the same area in 1934, Mulder suspect something else in the woods. They find out that the culprit is not in fact a man, but a swarm of an angry and unknown species of insects that attack in the dark. This leads to some intense moments where the remaining few struggle to keep the generator running over the course of the night.

The story, written by Chris Carter himself, is indeed tense, but it has been diminished a little by the dated special effects. The glowing green insects look like single pixels added in post. If a Star Wars style re-issue could ever be done to improve the special effects, this episode needs it the most. On the other hand, the physical effect and make-up keep to the standard the series is known for. The way the swarm looks doesn't distract from what is a very compelling story that still holds up as one of the best.


As we gear up to the end of season 1, the overarching mythology is beginning to take shape. With E.B.E., we are introduced to some new character that would become series regulars and even having their own spin off show. This would all come to a climax next time when I look back on the last four episodes of the season.