Disc four of season one (or tape four if you go back far enough) was what I would call the 'Sp ritual Disc'. The episodes here dealt with the meaning of life, death and religion and as such fascinate me more than when I was younger, They were also incredibly personal stories for our two agents and would define their characters 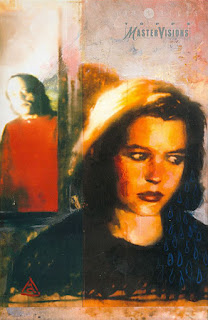 X-FILES EPISODE 1X12
BEYOND THE SEA

This episode established Scully as a devout Christian, whose beliefs never err despite witnessing and experiencing many contradictory events.

The story here is a beautiful one. After a family meal at her home, Scully awakes from a nap to see an apparition of her father sitting in front of her. It couldn't be him as he left hours ago, but the truth comes when her sister calls to say her father died of a heart attack on the journey home. Did she see a ghost, or was her dreams just staying with her?

These events bleed into her working life. Mulder is brought onto the case of a serial killer he had worked on before the X-Files. Death-row inmate Luther Lee Boggs (played to perfection by Brad Dourif who seems to channel the same creepiness he exhibited in The Exorcist III) claims he has psychic powers and can help with the case. What's interesting here is that Mulder has become the skeptic for this story, with the emotionally vulnerable Scully believing Boggs in an attempt to say goodbye to her father.

The thriller element of the show is not overlooked. The serial killer needs to be captured before he kills his next victims and Mulder single-mindedly delves into apprehending him. It's one of the best episodes of season one. 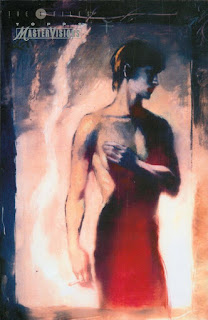 The X-Files tried to do sexy with a sexual predator that can change sex at will. Surprisingly, this episode is more about religion than sexy times as our killer has ties with a reclusive Amish like doctrine.

I remember the episode to be fairly disappointing when I was younger, but I found it far more exciting on recent viewing. I think I now know a lot more about both of its subject matters to realise that it is incredibly creepy. The region, calling themselves the Kindred, reminds me of something H.P. Lovecraft would come up with. When their secrets are uncovered, it is suitably chilling. I found it far scarier as an adult. 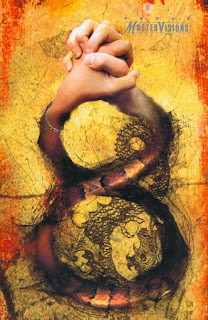 Another episode dealing with the death of someone Scully knew personally. Here we see our resident skeptic work undercover with one of her ex boyfriends, FBI Agent Jack Willis, going undercover to catch a serial bank robber Warren Dupre. Things go awry and both Jack and Warren are shot sustaining life-threatening wounds.

Having a medical background, Scully frantically tries to resuscitate her friend and does so at the same moment when Warren dies. Agent Willis does not seem to be the same when he wakes and Mulder proposes that Dupre's soul has transferred into him.

Another show where Scully is in danger, this has more impact because of her personal involvement with the villain. It is also a stark reminder that their profession is a dangerous one, even when not dealing with conspiracies and otherworldly creatures. 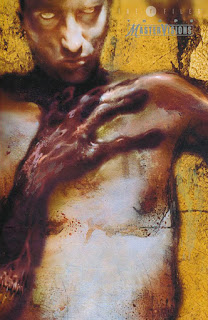 This episode ends a series of episodes that are thematically linked. While we are again talking about death and the afterlife, Young at Heart  is about reversing that inevitability.

John Barnett, Mulder's first arrest at the bureau, has been experimented while serving his life sentence. The results have successfully reversed the aging process Banjamin Button style. Mulder is surprised to receive threatening notes from him - a man who he thought died four years ago.

We learn a lot more about Mulder's time at the FBI before assigning himself to the X-Files. We know why he is considered a wunderkind and little more about why he was allowed to spend his time in the basement looking for aliens. This episode has reduced in impact over the years, but while the action elements aren't as exciting 20 years later, the story is still gripping.


We learn a lot more about Mulder and Scully's lives beyond the X-Files in these four episodes, which is truly fascinating. They appear to be more rounded people instead of tropes leading the story along. Scully is in danger of being the damsel in distress that Mulder saves each week, but later episodes will prove this not to be the case. We also don't mind because Gillian Anderson doesn't portray as that, even when handcuffed to a radiator with a real threat of being harmed. The spiritual nature of these episodes made me  a little biased against them as a child, but I now find that these elements are exactly what makes them and even elevates them to something more than just television.