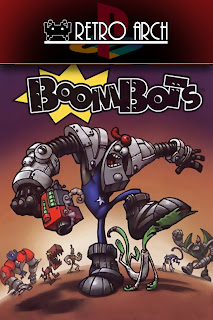 The third and final game to be released by The Neverhood again changes genre. This time we have a one-on-one fighter with a futuristic robot theme, but does the level of invention carry over to this new play style?

In a word, no. The previous games certainly have their detractors but there is plenty going for them in the game-play department. Unfortunately the only positives I can say about this game is down to artistic merit in everything but the game itself.

The music, again by Terry S. Taylor, is fantastic (and is included in the Skullmonkeys soundtrack). While not as humourous as its forbears, the metallic techno-jazz beats - if that's a genre - are all pleasing to the ear. It's a shame that it's not the most memorable of the three.

The cinematics are all animated to the same high quality and is the highlight of the whole package. It tells the story of how a race of aliens have stolen the world's population of cats and a mad scientist has tasked his robot creations with saving them. It's all very silly and that carries over to the cut-scenes. What isn't particularly good is that the humour is again of the toilet variety. While the previous two games did have it's fair share of farts and burps, they never crossed the line into vulgarity. They are all juvenile but BoomBots doesn't seem to retain much of the charm.

There are fifteen characters in all, including a returning Klayman as an unlockable character, but the cinematics only focus on Boomer, that 90s throwback of a bot with a backwards baseball cap. No matter which character you play as the movies are all the same. As entertaining as they are first time round, the simple humour will begin to grate by your second playthrough.

But that's not the only identical aspect of each character. Their designs may be interesting and filled with character but the way they control is exactly the same. Attacks are assigned to the four face buttons, three of which being gun attacks. The machine gun is pretty much useless. It is too weak to do any meaningful damage and it leaves you open for other types of attack. You'll find that most of your attacking will be done with the homing missile, which is best used as far away from your opponent as possible.

Sure, you can fight with punches and grapples which can lead to combos, but this requires getting close to the enemy rendering your most powerful weapon nigh on useless. There is no risk-reward to attempt any other strategy and it's the same for every single character.

The in-game graphics are nothing to write home about either. The 3D polygonal models are simple and badly animated compared to their claymation counterparts and the arenas themselves are bland and boring. Even the inclusion of multiple levels does nothing to add to the variety. It looks like The Neverhood's excellence in animation doesn't translate to polygons.

The most frustrating thing about the whole game is that it lead to The Neverhood's demise. The design sketches and pre-production art all looked really promising so there could have been a good game here, but I suspect that the production time was mostly spent on the time-consuming stop-motion. For Neverhood completionists only.


To download the game, follow the link below. This custom installer exclusive to The Collection Chamber uses Retroarch with the Mednafen_PSX core to emulate it on PCs. Keyboard and XBox 360 controllers supported out of the box with the keyboard controls mapped to my preferred optimal specifications. Tested on Windows 7 and Windows 10.
02.07.2015 - Ver.2 - Improved installer
08.05.2016 - Ver.3 - Updated emulator and improved menus
14.03.2019 - Ver.4 - Compresssed ISO and improved menus 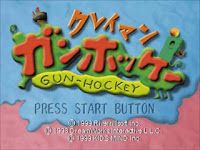