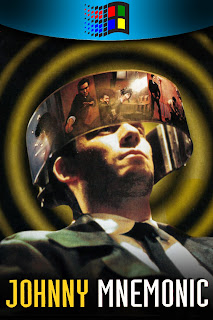 So how did this game differentiate itself from it's competition? By having an unusually large production value. This was mainly due to the re-used set designs and props while filming concurrently with the actual movie. Every actor has been re-cast, though the basic story remains in a heavily truncated form.

The story is that a data named Johnny stores this binary information in his brain. As he attempts to deliver it to his recipient, he is accosted by ne'er-do-wells who will stop at nothing to get this data. It's an interesting idea in this increasingly digital world, but the film handled it so confusingly and poorly that it was a major disappointment. Basically it didn't know whether it wanted to go with the  intellectual speculative fiction of Blade Runner, the cyberpunk noir of Strange Days or the action campiness of Total Recall. The final products ends up being all of these but never excelling at any of them. It's an intriguing idea turned into a disappointingly forgettable end product.

The problem with the game using mostly real sets and techniques designed for film has meant that detail has been lost when encoding it for the limited digital media. The relatively small CD space meant that the compression methods used left the image quite a bit darker than intended, making some scenes hard to see. This can heavily affect your enjoyment of viewing the game as well as playing it.

From a 1995 technical standpoint, it's very impressive. The video can be full-screen if your computer was up to it, with a smaller, low quality image for those who couldn't quite afford to upgrade their system every year. The video runs smoothly, with only a small amount of pixellation. This technical aspect is unfortunately the only good thing I can really say about the game.

The game-play is a lot like an overly confusing Dragon's Lair. When the video's aspect ratio narrows and turn letterbox, you can enter your input. There is no other prompt, not suggest of which input is correct or even possible. The editing is so ADD that's it's hard to take in what the image is before you make a decision.

The actions you can perform use the number pad by default and consist of moving, using, punching, kicking and downloading. Whenever there is a computer terminal in view you can 'download' your data, but this seems to always result in death until the end of the game. The fight scenes are also confusing and I only won them by hitting the keys randomly without thinking.

That's really the problem with the whole experience - it's more fun to watch it then it is to play it. There's no real puzzles to speak of, just trial and error as you attempt to tap the correct sequence at the correct time. You can pick up items, but you're character will use them automatically at the right time. If you don't have the item, it'll probably result in death but you wouldn't necessary know that you've missed something.

Funnily enough it got some above average reviews at the time - they were even better than the source material. The only real enjoyment I got out of the game, however, was the deliriously cheesey acting. It's worse than anything the notoriously bad film has, but it ironically makes it more fun in an Ed Wood kind of way. While none of the actual cast is involved, you'll recognise a fair few faces including Chef himself Isaac Hayes.

There's a reason why this type of game doesn't really exist anymore. While "playing" a movie in 1995 was considered novel, the intrinsically bad mechanics most adopted are best left as a curio of the past.


To download the game, follow the link below. This custom installer exclusive to The Collection Chamber uses DOSBox running Microsoft Windows 3.1 to get the game working on modern systems. Manual included. Tested on Windows 7 and Windows 10.
02.07.2015 - Version 2 - Improved installer
05.05.2016 - Version 3 - Windows 3.1 will now autoclose when exiting the game 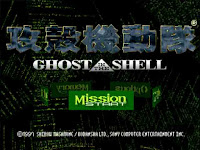 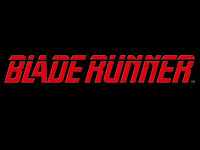 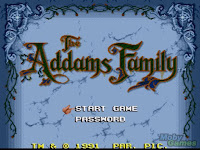