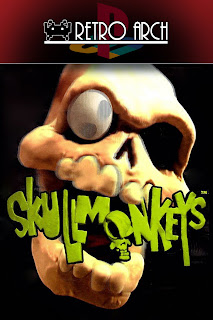 Despite only selling around 50,000 retail copies, The Neverhood did gain some popularity due to it being a pack-in title on some PCs. In 1998 a sequel named Skullmonkeys was released but was a drastic departure from the original point-and-click adventure. This was to be a PlayStation exclusive platform game.

Much like its predecessor, it was unfortunately ignored by the US gaming market. It did find a bit of a following in the UK but it was Japan who really embraced this world of clay. While there were a fair amount of publications who were unkind in their reviews, it was not all doom and gloom as some saw it for what it is - a flawed masterpiece.

Klayman returns as the hero. His evil twin Klogg, who was left tumbling into space in the previous game, has fallen on a planet named Idznak. It's a planet populated by a race of easily suggestible skull monkeys and Klogg soon manipulates them for his own evil deeds - to make war with the nearby planet of Neverhood and revel in its destruction. Thankfully one of these skull-faced primates named Jerry-O is having none of it. Being smarter than the average Skullmonkey, he sends a flying gizmo to bring Klayman to their world and bring about salvation. Not one to shy away from such a deed, our clay hero does this by using an array of attack such as butt stomps and anthropomorphic farts.

Yes, the flatulence based humour returns in this second outing, but again never seems to be overly vulgar. Wind is used as a particularly powerful power-up called Phart Head. If you have collected a glowing green head, press L2 to fart out a misty clone from your head. He can then scout ahead under your control and clear enemies or pass a dangerous environment without the fear of losing a life. It's just one of a plethora of imaginative power-ups that include Universe Enemas and a hamster named Slappy that brings back memories of Earthworm Jim.

There were a lot of comparisons to that classic duo of 16-bit gems when Skullmonkeys came out; both featured a bizarre aesthetic and both came from the twisted mind by Doug TenNaple. The controls are tight and responsive which is necessary as not only is the one-hit-kill featured but the levels are filled with the need for a precise and accurate jumping dexterity. This makes the game incredibly difficult, but it rarely feels unfair. Some levels end with an option to choose a more difficult version of the next area, but the standard difficulty is hazardous enough - for skilled players only.

Terry S. Taylor returned to score the game with another hilariously off-beat soundtrack that equals the first. When you visit the bonus room, the song's lyrics will leave you in stitches. It fits perfectly well with the off-kilter animation style which again is top-notch. Levels are punctuated with short animated cut-scenes which are a great reward for beating that tough section you spent an hour trying to get through.

If there's any negative that can be imparted on the game it's in the save system, or lack of one. By 1998 the PlayStation's architecture was well known to both gamers and consumers. Once thought of as a quirky peripheral, thoughts about memory cards to save your games was becoming accepted as the norm for consoles but Skullmonkeys doesn't utilise them. It instead opts for a password system harking back to the previous generation where battery backups placed in carts were a rare and expensive option. This is a complaint that is somewhat eliminated if you choose to emulate the game on PCs as all of the emulators feature save states as standard - one of the many reasons why I prefer to play this way, despite owning the actual disc (it's one of my prized games along with Tombi and Panzer Dragoon Saga, not like I'm bragging or anything).

If you're a fan of The Neverhood and like platform games, Skullmonkeys is definitely worth your time. It's gorgeous 2D visuals have not aged as badly as its 3D platforming brethren and it certainly stands up as being one of the most entertainingly bizarre games ever to grace Sony's little grey box.

To download the game, follow the link below. This custom installer exclusive to The Collection Chamber uses Retroarch with the Mednafen_PSX core to emulate it on PCs. Keyboard and XBox 360 controllers supported out of the box with the keyboard controls are mapped to my preferred specifications. Manual and soundtrack included. Tested on Windows 7.
08.05.2016 - Ver.2 - Updated emulator and improved menus
13.03.2019 - Ver.3 - Compressed ISO and improved menus 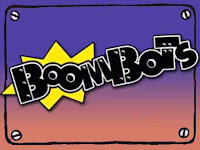 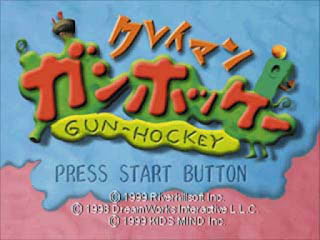 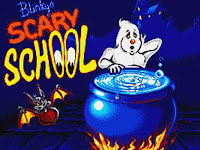