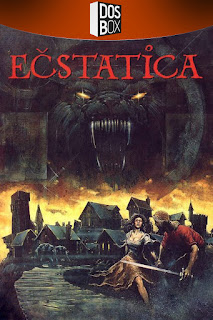 Alone in the Dark may have been the first, and Resident Evil cemented and refined the genre but two years before that PlayStation classic Ecstatica pushed many boundaries of survival horror. This unique game is now largely forgotten but does it deserve to be?

Designed by Andrew Spencer at his self-named London studio and published by Psygnosis in 1994, Ecstatica was one of the few 3D games to experiment outside of the traditional polygon graphics. It instead used ellipsoids which allowed for far greater character animation and character models. This made everything look like bizarre balloon animals created by some kind of deranged party clown but it was revolutionary in 1994. Keep playing and these deceptively childish visuals bombard you with images that explain the 18-rating the BBFC gave it in the UK. People are impaled and tortured in gory fashion, topless nymphs dance around and in one horrifying scene, you're fanned by naked men in gimp masks.

You can choose to play as either a man or a woman, but neither make any difference. No matter who you choose, you'll still be referred to as 'him' and the female love interest will still love you. The game begins with your sexually confused avatar travelling on horseback at night. In need of rest and supplies, you decide to embark towards the nearby village of Tirich. The streets are ominously deserted and a quick look round reveals that all of the townsfolk have been murdered in glorious fashion. The culprit is a demon with a dangerous sense of humour who was "accidentally" summoned by Ecstatica, the local alchemist's maid (and your bi-curious love interest). She lies in a coma deep in the bowels of the village and it's up to you to save her despite being the cause all the evil going on.

The game plays very much like Alone in the Dark, which is cited as an inspiration by Spencer. The main difference here is that there is more emphasis on action. You will regularly be chased by werewolves and little demonic elves, all of whom seem to have excellently timed and aimed attacks that you can't break out of. I found most of my fights to be a one-sided affair as I was pummeled so much I could not run away let alone get a single hit in myself. It was far easier to just run away. It gets a little better once you've found some weapons but until this happens you're a sitting duck.

Outside of the action lies a rather short and simple yet memorable adventure. There are basically two puzzles in the entire game, each of which are basic fetch quests, but the main draw is not what you do but what you see. The inventive spectacles of spilt claret that often veer wildly into the darkly comic keep you coming back.

The controls are mapped only to the number pad which performs all of your characters movements. There is no inventory, which means you are limited to carrying two items at a time - one in each hand. This gets reduced to one hand as you'd want to continuously carry a weapon in the other. This means that there's a lot of backtracking during the fetch quests, but the village is so small that only the monsters will prove a hindrance. Even to veterans of Alone in the Dark, it feels a little clunky. It's easy to get overwhelmed at the beginning of the game when you're weaponless and monsters are everywhere. Battling with the controls as you watch your character get helplessly beaten to death is not fun, but at least this lessens as you get better equipped further on in the game.

It may have garnered great reviews in 1994 and sold in such large numbers that Spencer cancelled his next project to focus on a direct sequel, but that hasn't stopped it from falling into obscurity. The main culprit is probably the ellipsoid technology which looks far less appealing to modern audiences than a polygon from the same era. These bubbles may have allowed for better animation, but they are certainly at odds with the overall tone.

Even though I found the fighting to be clunky, the story to be slight, the puzzles minimal and the graphics dated, I enjoyed it quite a bit. It is a great experience even though I struggle to call it a great game by today's standards. There are moments in Ecstatica that are so bizarre that they'll stay with forever and that alone is enough for me to heartily recommend it.

To download the game, follow the link below. This custom installer exclusive to The Collection Chamber runs natively in Windows. Low-res Ver.1 using DOSBox also included in the link as a separate download. Manual included. Tested on Windows 10.


Ecstatica is © Andrew Spencer Studios
Review, Cover Design and Installer created by me 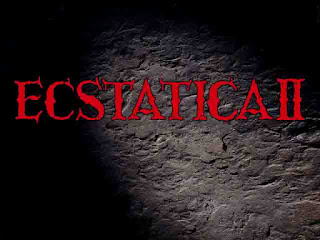