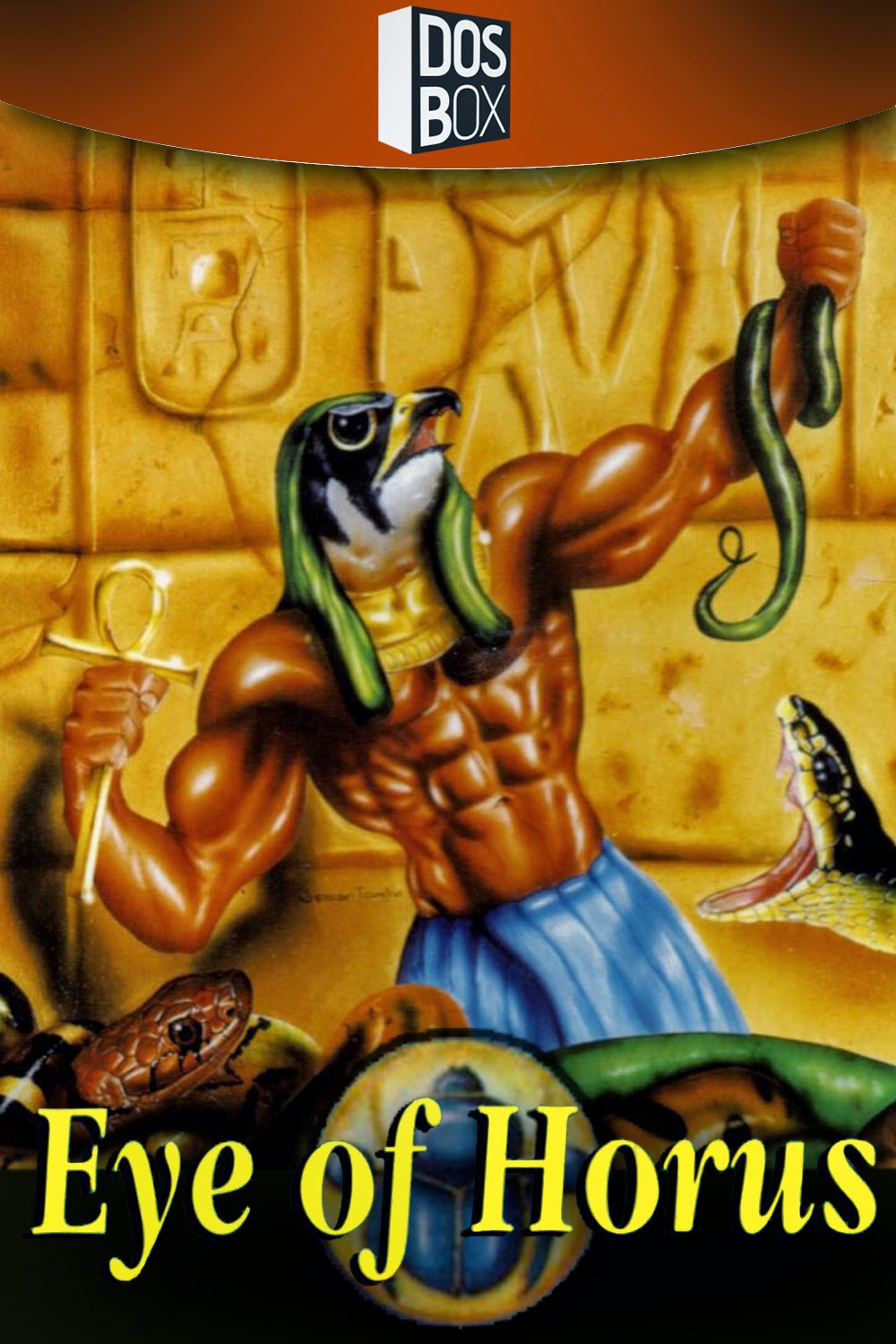 Released in 1989 by the London based company Logotron, Eye of Horus was way ahead of its time. It mixes genres very few were doing back then, using both platform and shoot-em-up elements. The Ancient Egyptian themes game even adopts a similar exploration mechanic found in classics like Metroid that was perhaps underappreciated at the time.

It was released on several home computer systems including the Commodore 64, Amiga and DOS but it was on the Atari ST where I originally set foot in the labyrinthine tomb. Teased by the promise of the box art buoyed by my interest in Ancient Egypt, I was somewhat disheartened once I began to play it - this is such an incredibly hard game that my young brain couldn't handle.

That didn't stop me from constantly playing it though. You are Horus, a god of the sun, sky and all that is good in the world who is having a few problems with his Uncle Set, the god of storms, chaos and war. Many years ago, Set killed his father Osiris and split his body into seven pieces and scattered them around Egypt. Horus managed to piece them together, resurrecting his father and defeating Set, but not completely vanquishing him. In a bizarre series of events, this all has to be re-enacted in the undiscovered tomb of a dismembered unnamed king for the purpose of saving some unimportant souls. Believe it or not, this has more story and history than most games of its ilk in 1989.

Horus is placed in this tomb, but he is not helpless. He has the ability to shoot papyrus darts from his beak to attack any of the animated hieroglyphs flying around. He also has the ability to turn into a hawk and fly. This is where it mostly resembles a shoot-em-up, but you are unable to collect any pickups or use the lifts in this form. This adds a certain element of strategy to your shooting giving it a slower pace.

It may not have the speed of your average R-Type of Ikaruga, but it does have the chaos. There are often many annoying hieroglyphs covering the entire room, making it somewhat impossible to get past them without getting hit. Some of them are just background art and the only way to tell the difference is to get near them. To make matters worse. they are also shaped like the many amulets that act as power-ups which are imperative if you want to make progress. Thank Isis for the inclusion of a health bar without which the game would be unplayable. Playing it as an older and more experienced gamer, the difficulty is not quite so unforgiving as I remember though it is by no means a cakewalk.

The amulets' effects range from health boosts, keys to unlock lifts and summon amulets to get help from other gods. Each are described in the manual but their descriptions are quite cryptic. For example,; 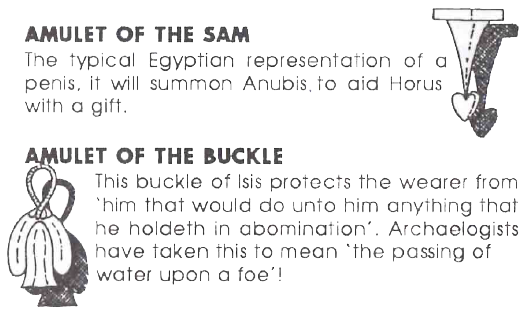 I may have interpreted the text wrong, but is this only game where not only do you have a power-up that represents a penis but also one that protects you from being pissed on? It certainly represents a completely different game to the one I played!

Once you've found your penis charm, it is a bit awkward to select it as common joysticks at the time only had one button. You'd have to hold fire and down at the same time before manoeuvring to the left or right to highlight it. Luckily, the Amiga version also allows the use of the mouse to simply click on it as an alternative.

Like the Metroid games, level memorisation is key to success. Luckily, a map is included here once you have found the Amulet of the Steps (or going by the manual, it's a charm where Osiris can "examine the situation from a distance"). There are a few unfortunate game-breaking elements to watch out for which all come down to the use of keys. The gold ones can be used on any elevator, whether it has been unlocked or not so use them wisely - there will not be any replacements. There are also only two red keys to be used on two specific elevators giving you access to the topmost and bottommost chambers. Make sure you go up first as the second red key is found there. It will be inaccessible to you if you go down first making the game unwinnable.

The graphics have aged pretty well on the 16bit machines, with the Amiga and Atari ST versions looking and playing pretty similar. The DOS version fares less well, though, using only a 16 colour EGA display with music limited to the PC speaker. Thankfully the game-play has been translated perfectly, so it will be a down to a matter of preference between the DOS and Amiga versions included in the download.

Eye of Horus has held up pretty well, despite its few niggles, and should be remembered more than it is. Perhaps it would be if we saw an NES port where it would've sat quite comfortably in its library. I would love to see a modern remake that fixes some of its flaws - I think it would work quite well on mobile devices as on well as download platforms like Steam and PSN. Explore the tomb of the unnamed king for yourself, you won't be disappointed.

To download the game, follow the link below. This custom installer exclusive to The Collection Chamber uses DOSBox to bring the PC version to modern systems and FS-UAE to emulate the Amiga version. Keyboard controls for the Amiga version are mapped to my preferred optimal specifications. Tested on Windows 7 & 10.


Eye of Horus is © Logotron
Review, Cover Design and Installer created by me 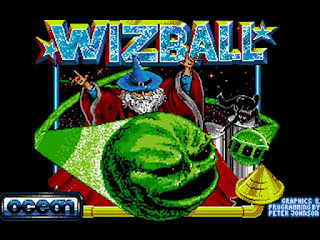 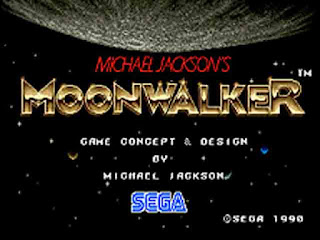