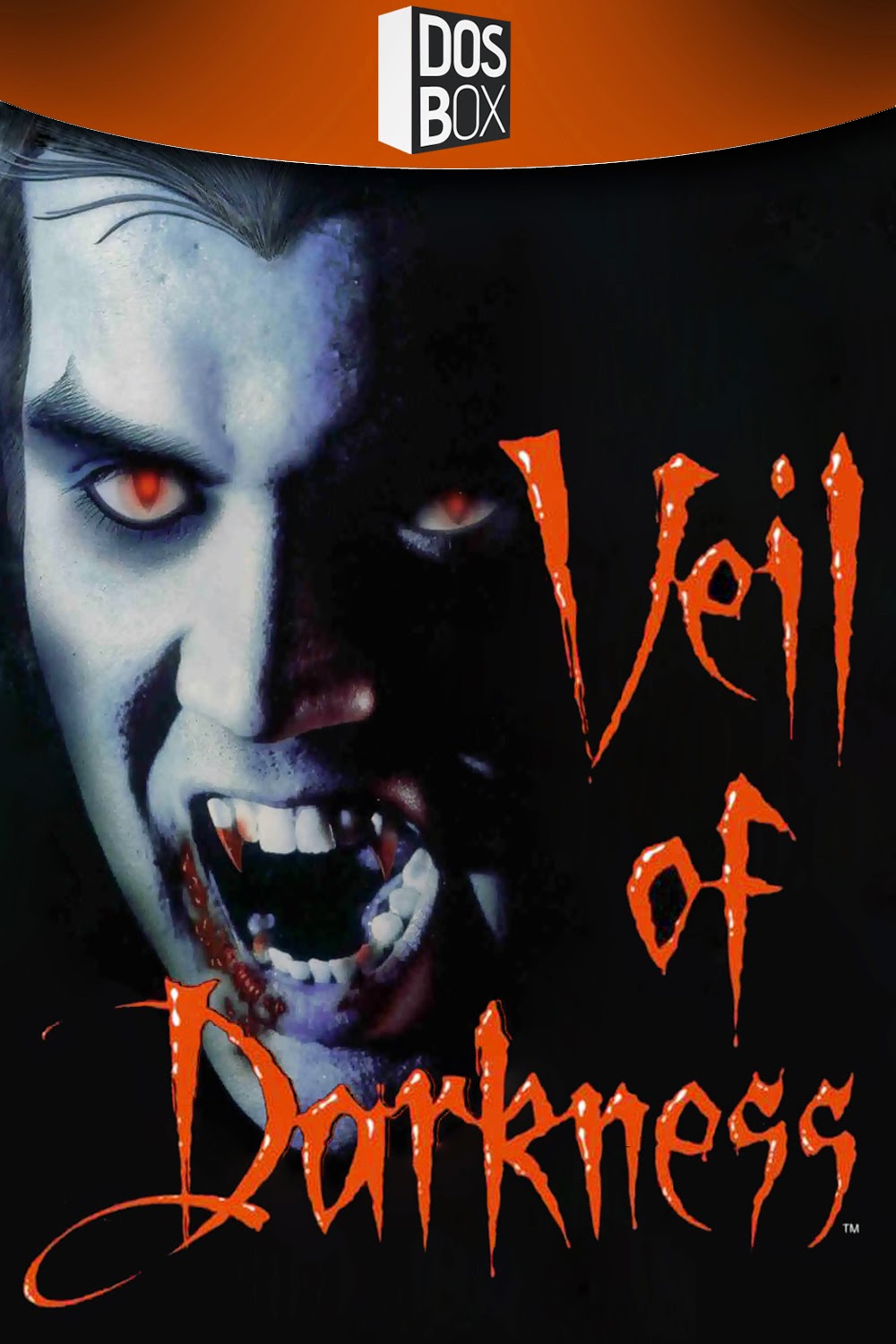 Released in 1993 by SSI and developed by Event Horizon Software, Veil of Darkness is a bit of an oddity. It looks like an RPG. It controls like a typical isometric RPG. It's even published by a company known for great RPGs using the Dungeons & Dragons license. Those expecting roles to be played in their game, however, will be very disappointed. Veil of Darkness is very much an adventure game at its core...

Whether or not you'd want it to be a role-playing game doesn't take away for the fact that it still a pretty decent experience. You play as a young pilot who has crash-landed in the Carpathian mountains in Romania, caused by the evil machinations of a nefarious vampire named Kairn. Luckily you survive this crash with the fortunate aid of a girl named Dierdre and her father. This marks the beginning of a prophecy that only you can fulfil.

As you begin, you'll notice that all signs will point to this game being an RPG; you get to name your character, you choose the ease of battle and you discover you have hit points and can equip weapons. It won't take long to notice that these elements are very basic. Sure, you can change your weapon, but not clothes and armour and your health will never change over the course of the game. In fact, nothing about your character's statistics will change, except perhaps for the mental anguish that becomes the plot.

There are quite a few battles during the adventure. If you play on easy, these are only moderately challenging, but in hard mode they become more and more taxing the further you progress. There is usually no benefit for fighting as enemies don't drop any potions or give you experience so it is often just as valid a tactic to simply to run away. You certainly lose nothing out of doing so. The combat plays more or less like puzzles in themselves. I mentioned earlier that you can equip different weapons, the reason being that some monsters require a specific tool to defeat them.

Some enemies not only deal out physical damage but can cause status ailments such as illness or weakness. To treat them, you'll need to find specific cures for each condition. If you have no cures, there is also a healer you can visit who'll also restore any lost hit points.

The adventure elements take on far more of the game's time and fare much better game-play wise. The puzzles are mostly inventory based with a couple of mazes thrown in for good measure but they are fairly simple (though one maze is fairly big and is a bit of a bugger). The biggest challenge is knowing what to do next. For the most part, the puzzles can be played in any order so it is very easy to forget a clue you received before you went off in a different direction.

As an RPG, I find this game hard to recommend. It is overly simplistic and short. As an adventure though, I can find very little to fault. The graphics may not hide the fact that it came out in 1993, but they do have a nice foreboding atmosphere that, along with the story, completely engrosses you into the world.

I highly recommend Veil of Darkness and urge any adventure gamer to check it out. Luckily, the Collection Chamber has seen fit to free the game so you can do so below.

To download the game, follow the link below. This custom installer exclusive to The Collection Chamber uses DOSBox to bring the game to modern systems. Manual included. Tested on Windows 7 & Windows 10.
07.11.2015 - Version 2 - Improved installer.


Veil of Darkness is © Event Horizon Software and SSI
Review, Cover Design and Installer created by me